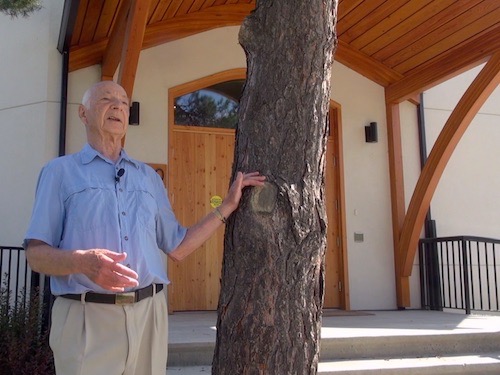 When it comes to the renewable energy transition, Edmonton has a lot to be proud of.

The city has an ambitious Energy Transition Strategy to address and reduce climate change with the goal of becoming carbon-neutral by 2050. Its Change for Climate initiative offers ways for Edmontonians to take action to reduce greenhouse gases. And the Edmonton Declaration, a call to action for cities to demonstrate leadership on climate change, has been signed by 20 cities worldwide and endorsed by 4,500 more.

You’ll find many more success stories in the city’s diverse communities, including this one from the neighbourhood of North Glenora.

Until recently, Westmount Presbyterian Church was facing a precarious future. Its congregation couldn’t afford to heat their aging, uninsulated building. Meanwhile, Edmonton’s Right at Home Housing Society, which builds homes for local immigrant families, was trying to respond to a desperate need to house families in the area. To top it off, the local elementary school was in danger of closing because there weren’t enough children to fill its classrooms.

The solution to all three problems came in the form of a net-zero-energy church and housing complex, which not only reduced the church’s utility costs to nearly zero but provided much-needed housing for some of the city’s many immigrant families. Thanks to the influx of families into the neighbourhood, the school could remain open as well.

Senior layperson Les Young explains, “We wanted to do this in a manner in keeping with our Christian beliefs, especially service to others and service to the environment.”

To get the full story behind this inspiring community initiative, check out the video by Green Energy Futures.