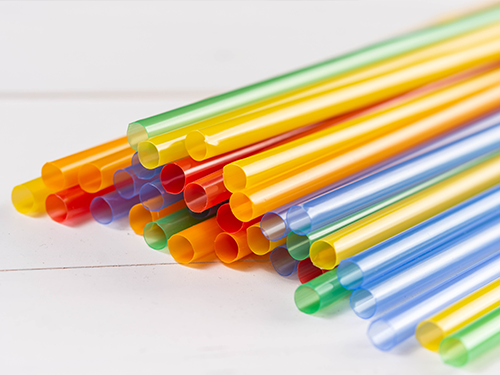 Making good on a campaign promise, the Trudeau government has said it will ban six single-use plastic items by the end of 2021: cutlery, grocery bags, six-pack rings, stir sticks, straws, and some take-out containers, reports the Globe and Mail.

Ottawa has also served notice that it plans to develop both national recycled content standards—a measure “that will drive up demand for recycled plastic at a time when new plastic is cheaper to create” thanks to plunging oil prices—and EPR programs that will require companies to collect and manage the plastic waste generated at all points in their supply chains, including final use by the consumer.

As a first step, the feds are seeking to formally label plastics as “toxic” under Schedule 1 of the Canadian Environmental Protection Act, a move that the Globe describes as “expeditious” as it will enable the Liberal government “to regulate and limit certain products without tabling new legislation.”

The Jason Kenney government in Alberta was quick to condemn both the labelling and the ban, with Energy Minister and former pipeline executive Sonya Savage claiming such actions will directly harm a key element of the province’s recently-announced plan to revive its beleaguered fossil-based economy, notes CBC.

According to Alberta’s just-published natural gas vision and strategy, which describes how it hopes to diversity its natural gas portfolio, the province is seeking to become not just a significant producer of hydrogen and a “global top 10 producer of petrochemicals,” but also the “Western North America centre of excellence for plastics diversion and recycling by 2030,” CBC reports. Moving to blacklist plastics as toxins and banning some products will be an ill-timed message to prospective investors, Savage claimed.

The Globe says Canada’s chemical industry has also condemned the ban, with Bob Masterson, president and CEO of the Chemistry Industry Association of Canada, declaring concern for “the family-owned businesses” that make their living out of manufacturing plastic bags. “We’re with you on the circular economy, we’re with you on EPR, we’re with you on recycled content standards,” he told the Globe, but “we have problems with the ban.”

Just how the petrochemical industry plans to restructure its bottom line around still-in-infancy chemical recycling remains hazy at best; in the meantime, these companies are ready to welcome policies that nurture demand for recycled plastics, notes the Globe. A federal discussion paper released alongside the plastic waste announcement asserts that “robust domestic demand for recycled plastics would also drive investments in recycling operations, innovations in material separation and technologies, and opportunities to scale up emerging technologies.”

Mentioned by neither Savage nor Masterson is the fact that the majority of plastic waste is single-use—partly because, as Environment Minister Jonathan Wilkinson pointed out in an online press conference, such single-use items are very difficult to recycle.

In that light, he said he found it hard to see how a ban “would have any significant bearing on the development of a recycling industry.” Left unsaid by all three parties is that banning single-use plastics is surely at odds with a business plan that positions Alberta in the global top 10 of petrochemical producers—given that the production of virgin plastics remains very much on the to-do list of that industry.

Among those applauding Ottawa’s moves to confront the massive problem of plastic waste—now tragically ubiquitous in every ecosystem on Earth and even rapidly colonizing our bodies—is the advocacy organization Environmental Defence, which praised the ban as a common-sense response to unnecessary products that are devastating to the environment. Program Manager Ashley Wallis urged Ottawa to fully engage the provinces and territories to “ensure harmonization from coast to coast to coast,” while urging the feds to “move the country toward a circular economy where reduction, reuse, repair, and redesign are prioritized, and recycling is relegated to where it belongs: a last resort.”

David Boyd, an environmental lawyer who serves as the United Nations special rapporteur on human rights and environment, said the single-use plastics ban is getting a lot of media attention but is really just “the tip of the iceberg”. Ottawa’s move to lead on EPR and recycled content standards is a step toward tackling the heart of the huge and treacherous menace of plastic waste, told the Globe and Mail.

Among those urging Ottawa to provide more detail on its plans for plastic waste are business groups like the Canadian Chamber of Commerce and the Retail Council of Canada. Echoing Environmental Defence’s concerns, both entities are stressing the need for “consistent national recycling targets, standards, and regulations” in place of the existing “patchwork” of regional policies, notes the Globe.

Greenpeace Canada, meanwhile, is less than impressed by the limits of the plastic ban. The organization panned the feds’ preliminary list of items as the “bare minimum,” calling it symptomatic of a government still in thrall to food and plastics sectors that still have an interest in promoting a “throwaway culture.”

The federal plastic waste plan is open for public comment until December 9.