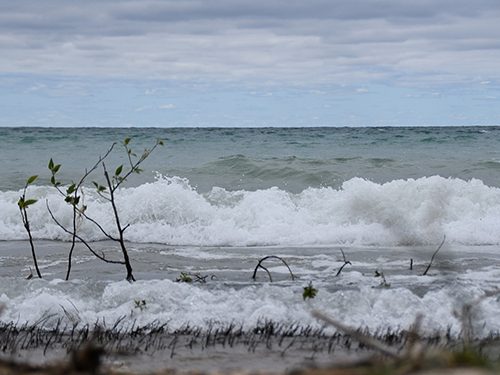 Enbridge’s plans to build a pipeline tunnel to carry oil beneath a waterway linking Lake Michigan to Lake Huron are below industry standard and riddled with hazards, according to a group of experts asked to evaluate the project.

“What Enbridge has submitted to the state of Michigan doesn’t come close to properly designing and preparing for a tunnel underwater,” geological engineer and tunnel expert Brian O’Mara told an online news conference, reports Reuters.

O’Mara, along with fellow geologist Mike Wilczynski, had been brought on to assess Enbridge’s Line 5 tunnel proposal by Oil & Water Don’t Mix, a coalition of environmental, business, and Indigenous organizations fighting to shut down the pipeline for good. Backing the fight is Michigan Attorney General Dana Nessel, who campaigned on a promise to shut down Line 5, and in 2019 launched the first of a number of lawsuits aimed at executing on that promise.

Fundamentally disquieting, O’Mara said, is that “the tunnel plans had changed considerably since a 2017 assessment, which described the project as feasible and low-risk,” a judgement based partially on the assumption that the entire tunnel would be laid in solid bedrock. Now, though, Enbridge plans to dig through “poor bedrock, soft silts, and clay.”

A proper assessment of the “complex jumble” of limestone and dolomite that lies along the proposed path for the tunnel should involve extracting samples every 15 to 60 metres in order to assemble “adequate data on rock conditions, fault zones, and groundwater pressure,” added O’Mara. But Enbridge’s contractor opted to sample only once every 290 metres.

“They have done just a fraction of what you would expect on a project of this size and magnitude,” he said.

There have also been changes to the project design since the 2017 risk assessment, including a decision not to fill the tunnel interior around the pipeline with cement, a precaution that would have helped “prevent leaks and collapse.” That change, said O’Mara, “represents the greatest risk and would make a catastrophic disaster much more likely to occur.”

The V-shaped configuration of the proposed tunnel will also put workers at risk “by putting the deepest point in the middle of the straits.”

Wilczynski warned that the slurry of water, chemical additives, and bentonite clay that Enbridge plans to inject into the tunnel during construction to keep it “stable and lubricated” adds a further danger to local aquatic systems. “Bentonite can stick to everything it touches and forms an impermeable barrier,” he told reporters. That barrier could kill fish and invertebrates in the area by smothering them.

Enbridge spokesperson Ryan Duffy responded to the criticisms by citing the credentials of the companies that have been engaged to build the tunnel, adding that studies are still under way. “As our geologists and engineers gather more information from studying the cores, we will continue to enhance knowledge about the rock and soil conditions,” he told Reuters.

The damning assessment by O’Mara and Wilczynski is just one of many obstacles to the tunnel’s progress since it was first proposed by the state of Michigan three years ago. Rushed to approval by lame duck Republican Governor Rick Snyder in December 2018, the tunnel has met with concerted resistance at the grassroots level and in the courts. As reported in June by Michigan News, the AG has since launched multiple legal challenges to the tunnel, including one heard in May in a county circuit court arguing that “the pipeline’s 1953 easement violates Michigan’s public trust doctrine.”

In an interview with Energy News Network published in November 2018, Mary Christina Wood, faculty director at the University of Oregon’s Environmental and Natural Resources Law Center, noted that such laws are rooted an 1892 determination that the beds of the Great Lakes belong to the people. “It is indisputable,” she said. “Those lake beds are held for the public, and the governor of every state is a trustee.”

As for the former Snyder administration’s claim that a tunnel would eliminate the risk of spills, Wood said “they’re jumping way ahead of themselves” and bending to the will of a private company.

“That’s the exact opposite of the mindset they should have as trustees,” she said. “The whole idea of giving away public property for a private company just stops right there.”

Whether or not Wood’s prognosis proves true remains to be seen, with the Attorney General’s latest effort to block the tunnel using public trust law still awaiting a ruling. But Nessel and her team have more irons in the fire, reports the Michigan Advance, including urging Governor Gretchen Whitmer to cancel the project should the state’s ongoing review of the 1953 easement documents find the Canadian fossil company to be out of compliance.