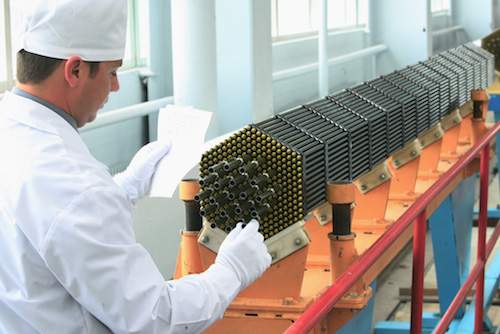 You would have missed it if you blinked (we did, too), but anti-nuclear advocates say the federal Speech from the Throne two weeks ago contained a clear signal of support for an industry with a “legacy of toxic radioactive waste” now trying to associate itself with Canada’s net-zero emissions target.

“Making nuclear power ‘clean’ was a goal of the December 2019 memorandum of understanding (MOU) signed by the premiers of New Brunswick, Ontario, and Saskatchewan and more recently, Alberta, to develop the nuclear industry’s latest offering, so-called small modular nuclear reactors,” writes Susan O’Donnell, lead researcher for the Rural Action and Voices for the Environment (RAVEN) project at the University of New Brunswick. The parties agreed to try to “positively influence the federal government to provide a clear unambiguous statement that nuclear energy is a clean technology and is required as part of the climate change solution.”

After the Throne Speech, O’Donnell says they can declare that mission accomplished.

While the word “nuclear” doesn’t show up in the speech, “the Trudeau government promised to ‘ensure Canada is the most competitive jurisdiction in the world for clean technology companies,’ to move forward with a ‘Clean Power Fund,’ to invest in ‘next-generation clean energy,’ and to cut the tax rate in half for companies making zero-emissions products,” O’Donnell writes, in a post for the NB Media Co-op. She sees that language as a commitment to SMR development, and predicts New Brunswick will be the first province to receive funding for new nuclear reactors.

“In a shadowy deal, the province and its public utility NB Power gave C$5 million each to two start-up nuclear energy companies, from the United States and the UK, that then established offices in Saint John and applied for federal funding,” she writes. That funding “was a campaign issue during the recent provincial election. Both the Liberal and Progressive Conservative party leaders claimed they were the best person to bring the new reactors to New Brunswick. The week before the election, [NB Premier] Blaine Higgs told Brunswick News he had secured federal funding for the two companies.”

They’re both proposing to build SMRs at the site of the Point Lepreau nuclear station on the Bay of Fundy, she adds, using a risky reprocessing process to convert irradiated fuel bundles from the existing plant into SMR fuel.

Opposition to that plan is rising, O’Donnell says, and there are also serious questions about whether these or any other SMRs can get online as quickly and affordably as the transition off carbon demands, and at a wide enough scale to make a worthwhile difference.

“The industry is actually selling PowerPoint reactors, not detailed engineering, and it’s not the first time. They’ve been doing this for decades,” Mycle Schneider, principal author of the annual World Nuclear Industry Status Report, told The Energy Mix last month. “Nobody, not even industry, pretends they can produce anything before 2030. That’s the earliest,” when 2050 is the latest possible deadline to decarbonize the entire global economy.

In the days leading up to the Throne Speech, Natural Resources Minister Seamus O’Regan declared there is no path to net-zero carbon emissions without nuclear. “We have not seen a model where we can get to net-zero emissions by 2050 without nuclear,” he said in a news interview. “The fact of the matter is that it produces zero emissions,” and “there are models that we’re looking at that would reduce the amount of nuclear waste. There are other models that would recycle nuclear waste.”

The interview prompted a wave of reaction, with Greenpeace, the Sierra Club Canada Foundation, and the Canadian Coalition for Nuclear Responsibility (CCNR) all weighing in.