Majority of UK Fossil Workers Would Welcome a Shift to Renewables, Offshore Wind 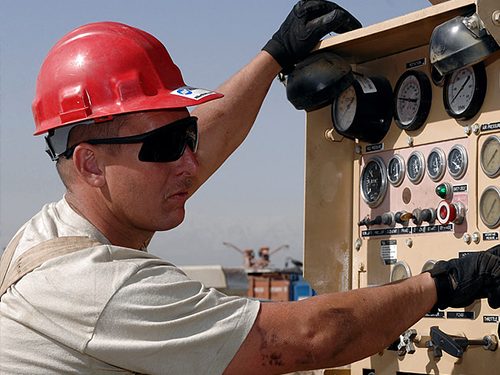 Just over four-fifths of offshore oil workers in the United Kingdom would consider leaving the industry, more than half would be interested in working in renewable energy or offshore wind, but 91% had never heard the term “just transition”, according to survey results released last week by Platform London, Friends of the Earth Scotland, and Greenpeace UK.

“Workers have endured decades of chaos and upheaval as the oil markets boom and bust, which has been exacerbated by the pandemic,” the organizations state.

Those workers “are well-informed and keen to express their views on conditions within the industry and how to build a future run on renewable energy, but their knowledge and expertise is untapped,” the release adds. “Workers are willing to retrain and move to new sectors. They are open to change and job security is their biggest concern. They want secure and well-paid work that makes use of their skills and experience.”

Declaring that “there is no just transition if it is not worker-led,” the three groups behind the survey are planning a “participatory consultation” with fossil workers across the UK to enable them to “draft policy demands for a transition that works for them, and a renewables industry they want to work in”.

The survey of 1,383 offshore oil and gas workers focused on the impact of the COVID-19 pandemic on their lives, their views on life in the fossil industry, and their hopes and solutions for the transition off carbon. The survey found that:

• 81% would consider leaving the industry;

• 58% listed job security as their top concern in considering a change, and the survey group as a whole gave their current level of job security a rating of 1.9 on a one-to-five scale;

• 43% had been declared redundant or furloughed since March;

• 91% of respondents had never heard the words “just transition”;

• More than half would consider retraining for jobs in renewables and offshore wind;

• More than half said government support at all levels was “nowhere near enough”.

“Morale is low, certainly in Aberdeen where 75% of the people are contractors,” said Frank, a 40-year veteran of the industry. “I know guys who have had two or three pay cuts over six months, no negotiations, nothing.”

“It seems the oil companies have got away with everything but the work force gets hammered,” another worker said. “The way the industry is treating their workers, especially those in a situation similar to mine, is an absolute disgrace and should not be allowed to happen.”

Coverage on the BBC and ReNews.Biz emphasized the large proportion of workers who want out of the industry and the difficulties they face making the transition.

Nick Sharpe, director of communications at Scottish Renewables, said his organization’s own recent survey found 77% of fossil workers interested in retraining for careers in the renewables. “The skills which have been developed in oil and gas are in many cases readily transferable to renewables,” he told the BBC. “We are working closely with many parties, including the Scottish government, on narrowing the skills gap between the two industries so that those workers who want to move can do so.”

Scottish Energy Minister Paul Wheelhouse said the country’s fossil industry has a “crucial role to play in the energy transition required to move to an economy and society that generates net-zero greenhouse gas emissions.” He added that “now, more than ever, we need a just transition that supports sustainable economic growth and jobs.”

But “despite the Scottish government’s rhetoric, the idea of a just transition has failed to reach the overwhelming majority of the workers who will be most directly impacted,” said Ryan Morrison, just transition campaigner at Friends of the Earth Scotland. “Workers’ voices must be at the centre of that transition process. The government must ensure oil and gas workers are supported into secure and sustainable jobs.”

EXCLUSIVE: Royal Bank’s ‘Baby Step’ on Fossil Divestment the ‘Least They Could Do’, Climate Analysts Say