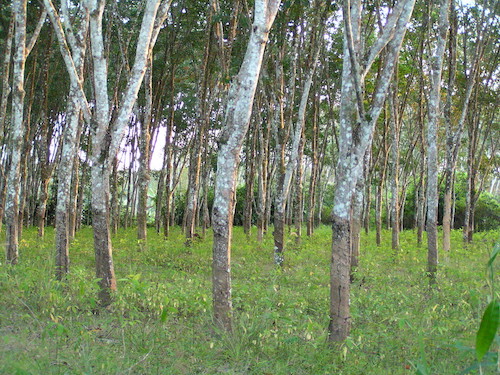 An international coalition of NGOs and Indigenous groups is warning that the net-zero emissions concept has become little more than a licence to pollute as governments and fossils leverage their version of “nature-based solutions” to dodge the heavy lifting of actual emissions cuts.

Exhibit A, writes the Global Forest Coalition (GFC), is the Net Zero Festival, a recent online event that welcomed “a whole range of dirty companies, such as Shell, the seventh-most polluting fossil fuel company in the world, and Drax, which owns the world’s largest biomass power station and single biggest point source of carbon emissions in the UK.”

For these companies—and for politicians such as the UK’s minister of climate change and corporate responsibility, who also attended the event—the festival was an opportunity to “flaunt their ‘green’ credentials, which hinge on ‘net-zero’ commitments and investment in nature-based solutions,” writes the coalition.

“With all of the illusions and trickery going on, it’s much more of a circus than a festival,” it adds.

GFC contends that the current race toward net-zero is “based on a flawed interpretation of the Paris Agreement that aims to ‘achieve a balance between anthropogenic emissions by sources and removals by sinks of greenhouse gases’ in the second half of this century.”

With that interpretation in hand, the corporate sector, alongside many governments, have found a toolkit that permits them to continue to pollute, the group says. Their actual approach to nature-based solutions includes “predominantly forest offsets, afforestation and reforestation with tree plantations, and other false solutions.”

What these carbon-belching entities do not factor in—but should, adds GFC—is the Intergovernmental Panel on Climate Change’s (IPCC) Global Warming of 1.5℃ report, which “clearly associates the concept of net-zero with an immediate and urgent reduction in carbon emissions towards zero first, and only considers removals as an alternative for emissions from sectors that are much harder to decarbonize.”

Describing the emphasis on carbon removal to the exclusion of emission reductions as “an attempt to delay and shift the narrative away from the rapid and deep emissions reductions that truly ambitious climate action demands,” GFC cites Shell’s most recent annual briefing. The company outlined its own ambition to hit net-zero by 2050, but focused on storing or offsetting emissions that it describes as unavoidable, rather than switching to low-carbon energy generation, increasing energy efficiency, or reducing production. Shell also has the “natural solutions” game well in hand, promising to invest US$300 million in tree planting to 2023.

Joining the American oil giant in its embrace of tree planting are a number of other Big Fossil concerns, including Italy’s Eni, which has pledged to achieve net-zero exploration and production by 2030 by planting 81,000 square kilometres of trees in Ghana, Mozambique, South Africa, and Zimbabwe.

That tree planting as a climate mitigation strategy all too often constitutes something of a bait-and-switch owes to the fact that many of the trees are planted in monoculture plantations that bear little resemblance to actual forests, writes GFC. In addition to sequestering far less carbon than a complex, layered forest ecosystem, such plantations can lead to “land grabbing and displacement of communities, human rights violations, freshwater scarcity, biodiversity loss, and many other negative impacts, which are felt disproportionately by women and the most marginalized communities.”

Yet the public sector has joined its corporate peers on the tree-planting bandwagon, with no less than the United Nations’ Green Climate Fund financing large-scale plantations with the view to using them as carbon sinks—and not very good ones, according to GFC.

A further red flag: the Convention on Biological Diversity (CBD) “has included NBS in its draft Global Biodiversity Framework, a term which is as yet uncharted in CBD decisions and negotiations,” GFC notes.