EU’s Retrofit Revolution Could Usher in a New Architectural Movement 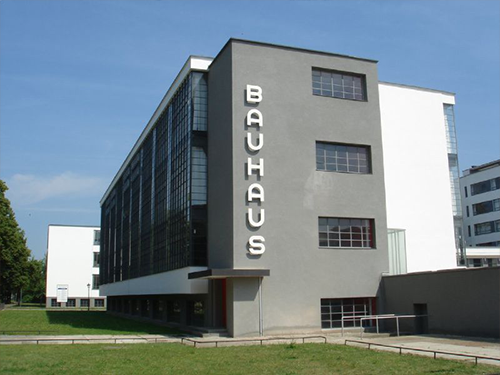 The “renovation wave” of energy retrofits poised to sweep the European Union has architects and policy-makers excited for the chance to create a new common aesthetic—one that just may support a less arrogant understanding of humanity’s place in the natural world.

The retrofits included in the EU’s pandemic recovery plan “could result in a sweeping architectural makeover, one that leaders have compared to a new Bauhaus movement for the continent,” writes Bloomberg CityLab. “One schedule calls for renovations of as much as 2% of the continent’s building stock every year,” a juggernaut that “would advance the goal of making Europe the world’s first climate-neutral continent by 2050.”

Indeed, the Bauhaus movement—which operated as a formal school from 1919 to 1933 and included luminaries such as Paul Klee and Ludwig Mies van der Rohe—is being invoked directly and deliberately by the European Commission, reports CityLab.

“We need to give our systemic change its own distinct aesthetic—to match style with sustainability,” said European Commission President Ursula von der Leyen during her recent State of the Union address. “This is why we will set up a new European Bauhaus—a co-creation space where architects, artists, students, engineers, and designers work together to make that happen.”

While details remain to be negotiated, Kadri Simson, the European commissioner for energy, told CityLab the message is clear enough. “Let’s create the style and architecture of our time, architecture that helps our cities become greener and also reconnect us with nature,” she said.

The vision underlying such an aesthetic “might be as simple as the Modernist axiom that became so popular with the Bauhaus,” notes CityLab. That is: “form follows function.”

As for how buildings will need to function to help curb the EU’s contribution to the “some 39% of global greenhouse gas emissions” that come from their construction and operation, options abound. “There are more than 20 schemes for building certification in use across Europe, among them LEED, Minergie, and PassivHaus,” notes CityLab.

As for matters of form, that remains up for discussion—albeit with a growing sense of urgency as policy-makers recognize that the built environment speaks, for better or worse, both for and to the people who live there. Citing the recent acclamation by European culture ministers of Baukultur—“a commitment to thinking about the built environment as a reflection of European identity and diversity”—CityLab adds that the move “suggests that at least some quarters of the European establishment are striving for something greater than the sum of mandatory minimums for building performance.”

As for the nature of the new European Bauhaus, Georg Pendl, president of the Architects’ Council of Europe, told CityLab its creators should avoid “dogma” and look beyond Europe’s borders for inspiration. Pendl cited the work of Burkina Faso architect Diébédo Francis Kérée as an example “of a designer whose work is measured in terms of its cultural, environmental, and social values, not just its cost or aesthetic.”

Architect Milan Dinevski, curator at the Museum of Architecture and Design in Ljubljana, Slovenia, also praised the focusing powers of a wider view, telling CityLab that “there must be diversity in decision-making processes to ensure that any renovation wave takes into account the local ecosystem, both social and natural.”

He added: “Coronavirus has made us spectators of the forces of nature, and we are forced to think of alternatives to the current state of being.”