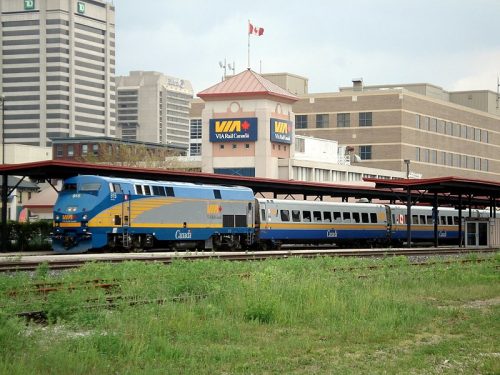 The federal government may be closing in on a decision on whether to overhaul the much-maligned passenger rail lines in the corridor between Toronto and Quebec City.

“I’m hoping we’re going to be able to make a decision on that in the coming months,” Transport Minister Marc Garneau told the Globe and Mail on Sunday. “We’re at the point now of coming close to making some fundamental decisions about high-frequency rail.”

While the decision will depend on cabinet approval and costs, he added, “I will tell you personally I hope we can do it” in time for the federal budget in the spring.

Via Rail issued a C$989-million order for new trains in 2018, the Globe says, and has been pushing for a modernized rail system for years. The company is proposing a system where “trains would run on dedicated tracks between major centres in the corridor that encompasses Canada’s two most populous cities and the capitals of Canada, Ontario, and Quebec.”

By using “discontinued and lower-density rail infrastructure”, the new routes “would get Via trains off busy freight lines, increasing capacity to move people and goods and avoiding delays.”

The plan makes no provision for the kind of high-speed rail service Canadians can experience if they travel to Europe, the Globe says. But “Via Rail has said it would allow for more frequent trains, speeds of up to 177 kilometres an hour, shorter trip times, and better on-time performance. Cost estimates for the project range from $4 to $6 billion.”

In June 2019, Via created a joint project management office with the Canada Infrastructure Bank and set aside $71 million for 18 to 24 months of “pre-procurement” activities, including environmental studies and consultations with First Nations, the paper notes.

Conservative transportation critic and Calgary-area MP Stephanie Kusie told the Globe the government “has had a terrible record” on infrastructure projects, but she didn’t dismiss the idea of a rail overhaul—she just wants Ottawa to finish what it starts. “If they are looking into something I think that’s great,” she said. “I hope it’s with the intent that they will complete a project that they begin.”

The government must also “make sure that they are prioritizing transit projects properly,” she added. “There are many areas, in the Greater Toronto Area in particular, where they are still starving for transit solutions, and projects have not been completed and needs have not been met as of yet.”