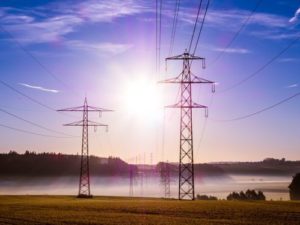 “One of the defining features of the Canada Infrastructure Bank is attracting private investment to new infrastructure,” CIB Chair Michael Sabia said in a release Thursday. “Every dollar of public investment in these initiatives is intended to attract additional dollars from private and institutional investors. In that way, the CIB can have bigger impacts that benefit Canadians and Canada’s economy.”

“The Canada Infrastructure Bank is critical to expanding Canada’s ambition by bringing in the private sector to get more infrastructure built,” said Infrastructure and Communities Minister Catherine McKenna, adding that the investments will create 60,000 jobs and “help build a low-carbon future”.

In a backgrounder to the announcement, the Infrastructure Bank says project investments will begin this year and roll out over a span of 24 to 36 months.

• The bank’s clean power investments will focus on renewable electricity generation, storage, interties between provinces or territories, and projects with Indigenous communities. “To help deliver clean power projects, the CIB will provide low-cost and long-term capital often pegged to revenue streams that are not typically sufficient for traditional debt and equity investors,” the backgrounder states. “The CIB will structure these investments to increase the use of private sector capital, reduce the weighted average cost of capital, provide certainty on long-term debt and equity returns, and transfer more construction and operations risk to the private sector.”

• The energy retrofit initiative is intended to cover up-front capital costs that deliver long-term savings. “The investment in large-scale projects will crowd in private capital where investment from the private sector has traditionally been limited due to the uncertain nature of expected cost savings,” the bank promises. “The CIB can play a significant role in proving out this market and providing the track record required to attract private sector capital.”

• The investment in transit vehicles will be designed to reduce greenhouse gas emissions and fleet operating costs over the longer term. “The CIB’s initiative to finance the high up-front cost differential of zero-emission buses (compared to other higher polluting buses) will create long-term operating savings,” the release says. “These savings are estimated to be substantial, as lifetime operating costs for ZEBs could be as much as 40% lower than diesel buses. The initiative will also help address transition and procurement barriers by facilitating pan-Canadian participation, knowledge sharing, and potentially bulk purchasing.”

Although the total investment falls far short of what climate analysts recommended in the lead-up to last week’s Speech from the Throne, yesterday’s announcement generated a quick wave of praise.

“At a time when some of the world’s biggest banks and financial institutions are putting climate at the forefront of their recovery efforts, it’s vital that Canada does the same,” said Clean Energy Canada Policy Director Sarah Petrevan. “The Infrastructure Bank’s new plan will help build a more competitive and resilient economy—creating jobs for Canadians while tackling climate change.”

“By adding energy efficiency to its mandate, the Canada Infrastructure Bank is sending a signal that energy-efficient buildings have widespread, long-term impacts,” said Efficiency Canada Executive Director Corey Diamond. “This is a critical component in scaling activity across the country, while creating jobs and reducing operating costs for building owners, managers, and tenants.”

Canada Green Building Council President and CEO Thomas Mueller called the new funds “a significant and bold step towards Canada’s low-carbon future,” adding that “this investment has the power to kickstart the green economy, and meaningfully lower carbon emissions.”

But some of the commentary reminded the Trudeau government that one announcement won’t be enough to meet its commitments for carbon reductions and a green recovery.

If the goal is to get on a path to a low-carbon Canada within a generation, “these infrastructure investments are not nearly enough, nor do they claim to be, but they are steps in the right direction,” Torrie told The Energy Mix. “Ultimately, the federal government commitment needs to be 10 times greater, and the private sector needs to step up with even greater investment commitments. This is not an adjustment. It needs to be a turning point.”

“We applaud the federal government for moving quickly on key investment opportunities through the Canada Infrastructure Bank,” said Pembina Institute Federal Policy Director Isabelle Turcotte. “To build on this investment and create a globally competitive, inclusive, low-carbon economy, we will need to ramp up, leverage, and sustain this investment. We look forward to seeing these investments reinforced in the new federal Climate Plan.”

“This investment will reduce major sources of pollution, including carbon emissions, nitrous oxides, and particulates in fossil fuels such as oil, gas, and coal, and in transportation and buildings,” said Environmental Defence Executive Director Tim Gray. “We encourage the federal government to continue earmarking funds for green infrastructure, and complement these investments with regulations that will reduce industrial and transportation pollution and make our communities healthier and more prosperous.”

“A commitment to individual and community resilience must be the beating heart of Canada’s plan to build back better from COVID-19 and accelerate our transition to a climate-safe economy,” said Climate Action Network-Canada spokesperson Teika Newton. But “there is still a long road ahead of us, with much more work to be done,” and “we trust that this is only the first of many such announcements.”

A little bird told me that the ‘clean’ energy bit includes millions $$$ to subsidize the development of small modular nuclear reactors . . . . easy to slip them down the highway on a flat-deck under a tarp at night to remote northern (Indigenous??) communities, mines and tarsands . . . . we all know nukes are NOT clean, safe, or cheap, and, reegardless of size, produce deadly radioactive waste ( thousands of tons of it on hand today which we don’t know how to safely and sustainably store) for future generations to live with . . . . hope that little bird was wrong!!

While the planned investments are laudable, involving private sector money is problematic. Linda McQuaig talks about the creation of the infrastructure bank in her 2019 book “The Sport and Prey of Capitalists: How the Rich are Stealing Canada’s Public Wealth”. She talks about the involvement of Wall Street people in the planning of the bank. She points out that private investors want to see returns that exceed what they could get from depositing the money in banks. The government could borrow the money for almost nothing in the current low interest environment. It could borrow it from Canadians by issuing bonds. Why send interest to New York? If things haven’t changed since the book was written we’re setting ourselves up to be ripped off. I strongly urge people to read at least the introduction and the first chapter.

I read above, “One of the defining features of the Canada Infrastructure Bank is attracting private investment to new infrastructure,” CIB Chair Michael Sabia said in a release Thursday. “Every dollar of public investment in these initiatives is intended to attract additional dollars from private and institutional investors. In that way, the CIB can have bigger impacts that benefit Canadians and Canada’s economy.” We need to know the details of the enticements to private investors.