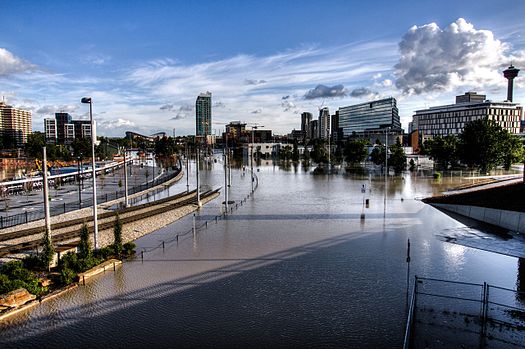 Carbon dioxide emissions will ultimately cost humanity US$100,000 per ton, according to a shocking new study released earlier this month by the University of Chicago.

The research team explained they’d come up with a total that was 1,000 times higher than past studies, which place the total cost at $100 per tonne, because those models stopped counting the impacts in the year 2100, The Express reports. The more limited calculations miss the reality that humanity won’t see the full effects of climate change for “thousands” of years, they said.

“The ultimate costs are a thousand times higher than the more normally calculated present-day value of those costs because climate change will persist for a thousand times longer than our generation will,” explained UC computational ocean chemist David Archer.

“The researchers believe the costly figure comes from rising sea levels which will force people to move, loss of land to grow crops, increased health problems which will put strain on health services, as well as a plethora of environmental issues,” the Express writes. The scientists say many of those impacts are already baked into the system with the emissions already in the atmosphere.

“The messes that don’t clean themselves up when we stop polluting—those are the things that scare me,” Archer said. “What we wanted to get with this calculation is a better sense of the burden we’re placing on future generations.”

The study was “not intended to be a realistic calculation of the present-day value of costs, but it’s our attempt to try to put the huge time scales into more understandable units,” he added. “Most people are not geologists, and even for us it’s really hard to wrap your mind around how long the changes we’re making now are actually going to last.”