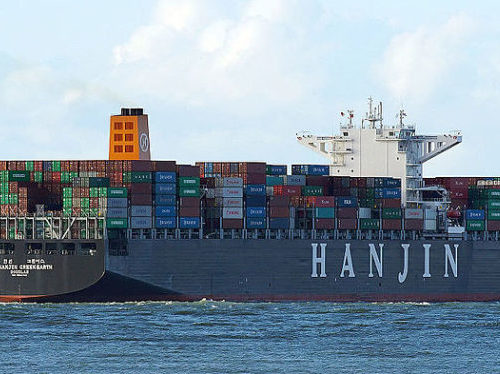 The supply chains of big, multinational companies like Coca-Cola, Walmart, and Total SA account for nearly one-fifth of global greenhouse gas emissions, according to a new study in the journal Nature Climate Change.

“Not only does global business export investment,” writes Climate News Network. “It exports carbon dioxide emissions, as well. And the big players play it really big.”

Walmart recently pledged to hit net-zero by 2040 without leaning on carbon offsets, and announced it would be looking for 23 megatonnes of carbon emissions from its supply chains. But Climate News Network points to the bigger challenge behind the specific example.

“It’s not enough for a country to claim it has reduced its carbon footprint, if its big achievement has been to export the burden of emissions to a labour force somewhere else,” the publication stresses. “And it’s not enough to measure just carbon dioxide. Tomorrow’s planners, investors, economists, designers, and engineers must also think about the whole package of anthropogenic change that has begun to raise the planetary temperature to dangerous levels. And in each case the message is the same: think of it as a transnational challenge.”

The study began with Guan and his colleagues setting out to find a new way to measure the carbon footprint of big business, Climate News Net recounts. To do that, “they followed the money. They found that when investment flowed from developed to developing countries, those businesses were also outsourcing the responsibility for carbon emissions.” For example, emissions in India resulting from U.S. investment increased from more than 43 megatonnes in 2011 to more than 70 megatonnes in 2017.

“So a fair way of accounting carbon responsibility would be to return it to the investor nation,” Climate News Net writes. The actual emissions declined from 22 to 18.7% of the global total between 2011 and 2016, due to energy efficiency improvements and a decline in foreign investment, the study found.