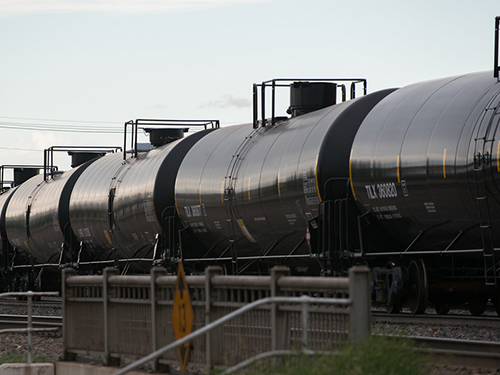 Canadian tar sands/oil sands producers are hoping for another export route to Asia after Donald Trump said he would issue a presidential permit to build a C$22-billion freight rail line between Alaska and Alberta.

Trump “tweeted Friday that based on the recommendations of Alaska Senator Dan Sullivan and Congressman Don Young, he will be issuing a presidential permit approving the A2A Rail project,” CBC reports. “The 2,570-kilometre railway could move cargo like oil, potash, and ore, container goods, or even passengers.”

The route would run from Fort McMurray, Alberta through parts of the Northwest Territories and Yukon to Alaska’s Delta Junction, before connecting with existing rail lines to ports near Anchorage, CBC says. The project would need environmental assessments and regulatory approvals in both countries, meaning Trump’s tweeted promise won’t have any effect until long after his term of office ends in January 2021.

But Canadian Association of Petroleum Producers Ben Brunnen still took heart from the announcement. “Rail has played an essential role for industry in reaching existing markets, particularly given the lack of adequate pipeline capacity,” he told Bloomberg. “Greater market access shows investors that there is a path to growth.”

“Rail has some advantages and some drawbacks compared to pipelines,” University of Calgary economist Kent Fellows told CBC. But one opportunity is that “you can diversify a little bit…you don’t just have to haul crude oil. You can hold a lot of other commodities, too, as long as there’s a market for it. So market access is big, not just for crude oil.”

He added that a multi-commodity rail line could be used for imports, as well. “That’s the whole point of trade,” he said. “It’s a two-way street.”