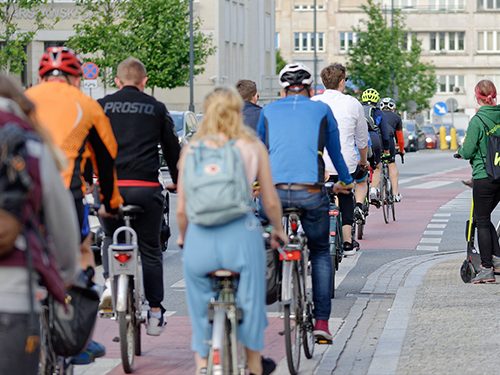 Nordic countries are helping to lead on the European Union’s commitment to source 30% of its energy from renewables by 2030, thanks to renewable-driven heating systems and smart energy developments.

In an update how Europe’s countries are faring in its Energy Transitions Index, the World Economic Forum (WEF) places Sweden at the top of the list, an achievement that owes to a number of climate-friendly initiatives: turning homes into “prosumers” that both produce and consume the vast majority of their own energy, deploying excess heat from industry through local district heating plants, and mandating the world’s highest carbon tax. These initiatives will all be crucial in Sweden’s plan to achieve 100% renewable electricity by 2040.

While it is helped along by its geography—particularly the ample flowing water that already helps it generate 54% of its power from renewables—Sweden also gains from the foresight of earlier generations. Case in point, writes WEF, is that district heating plants have been in operation in the country since 1948. Today, some 500 such systems are warming homes and businesses in communities large and small.

In related news, Fast Company writes that Oslo’s “ambitious” goal of cutting emissions 95% by 2030 will be enabled in part by aggressive—and successful—efforts to move people out of their cars and onto bikes, mass transit, and their own trusty feet.

“Transportation accounts for roughly half of the city’s direct emissions,” so “one part of the strategy is to make it more appealing to walk, bike, or take public transit than to drive, and to make sure that the cars left on the road are electric,” notes the report. “A large part of this involves tolls on cars entering the city, which give the city more money to pay for new projects.” Oslo has also undertaken a mass conversion of parking space to bike lanes and street-side gardens throughout 2017 and 2018.

As a result, commuter traffic has dropped sharply in the city—by 28% last year alone. Meanwhile, “nearly a quarter of the cars passing the toll ring into the city are already electric, and 60% of new cars sold are electric, with sales spurred by policies like a national exemption on taxes and cheaper parking rates inside Oslo.”

Further aiding Oslo’s push to cut emissions: working with the construction industry to replace diesel equipment with electric models and mandating more efficient buildings, a demand that will be facilitated by creating district heating systems similar to the ones being deployed by Sweden.

And he city’s efforts to help solve the climate crisis extend beyond slashing its direct emissions. “It’s also beginning to tackle the problem of emissions baked into products made elsewhere and sent to Oslo,” notes Fast Company.