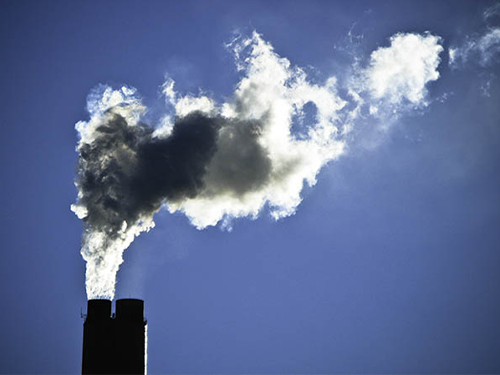 A new report released yesterday by Queen’s University’s Institute for Sustainable Finance concludes that meeting Canada’s Harper-era greenhouse gas reduction targets under the 2015 Paris Agreement would cost just a fraction of a percent of GDP—though the Trudeau government would still have to boost its climate investments, and the analysis relies on carbon capture technologies that are far from being proven or cost-effective.

“If there’s one message that I think we get out of the whole report, it’s that it’s very doable,” co-author Dr. Ryan Riordan, the institute’s director of research, said of the report’s overall conclusion.

“The study estimates that meeting the country’s Paris Agreement targets requires a total capital investment of approximately C$128 billion over the next decade, with a range of $90 billion to $166 billion, depending on technology and other variables,” the Globe and Mail reports. “And the study predicts at least half of that could come from the private sector, particularly if the federal Infrastructure Bank and other mechanisms are used to help build public-private collaboration.”

That estimate exceeds what Ottawa has committed to climate change mitigation so far, writes columnist Adam Radwanski, and the amount will rise further if the government follows through on its promise to exceed its current climate target. “But it could still be a relative pittance compared with the totals being spent in a shorter time frame to fight the health and economic impacts of COVID-19.”

The financing calculations in the report include:

• $10.8 billion for buildings, which the authors describe as the “lowest hanging fruit” for emissions reductions;

• $52.6 billion for transportation, where they see “vast amounts of locked-in capital and established networks built for carbon-intensive vehicles”;

• $26.3 billion for the fossil industry, with emission reductions achieved through methane controls and a brief but possibly over-optimistic description of possible CCS options;

The report shows Alberta accounting for a far higher share of Canadian emissions than any other province or territory, followed by Ontario and then Quebec, and requiring the greatest investment in emissions abatement—$43 billion, or about one-third of the national total. But the authors show that the annual expenditures they project amount to just 0.62% of Canada’s GDP in 2018, 2.7% of annual provincial tax revenues, or less than 10% of annual capital investment by companies listed on the Toronto Stock Exchange.

“Mobilizing the $90 to $166 billion required to achieve Canada’s 2030 targets is not a small endeavour,” they say in the executive summary of the report. “However, when we put this investment in context, it is revealed as eminently reasonable and achievable.”