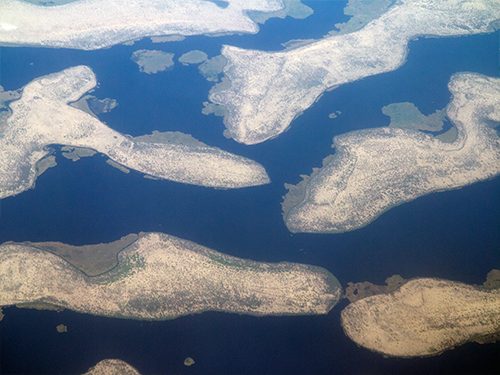 A two-year international effort to have Lake Chad declared a UNESCO world heritage site on both cultural and environmental grounds may come to naught with the revelation that Chad has asked to put off the registration process—in order to allow it to accommodate oil and gas interests.

Citing a letter leaked to its offices, The Guardian reports that Chad’s tourism and culture minister has written to UNESCO requesting to “postpone the process of registering Lake Chad on the world heritage list” as it works to realize “signed production sharing agreements with certain oil companies whose allocated blocks affect the area of the nominated property.”

The Chadian minister goes on to explain that such a postponement will allow officials to “redefine and redesign the map to avoid any interference in the future.”

The other countries involved in the UNESCO application—Cameroon, Niger, and Nigeria—are condemning Chad’s unilateral decision to interrupt the process. “It comes as a blow to the other countries’ delegations, who had not been informed of Chad’s oil ambitions in the Lake Chad basin,” writes The Guardian.

If Chad does proceed with oil exploration in the area, The Guardian notes, “the process would have to be cancelled altogether.”

Banking on oil and gas could also prove tragic for a region that, while profoundly rich in culture, is “the setting for one of the world’s most complex humanitarian crises, triggered by factors including the climate crisis, religious extremism, population displacement, and military operations,” the UK-based paper adds. Interspersed among the 45 million or so people who call Lake Chad’s shores and islands home are members of the extremist group Boko Haram, which “has used the lake as a hideout.”

The region has also proven enormously vulnerable to weather and climate shifts, with drought in the 1990s causing it to shrink “roughly 2,000 square kilometres, a 95% decline from its peak.” Famine exploded in the wake of the drought.

Lake Chad has since regained that lost water, with GPS and Google Earth data confirming that it once more covers a vast area of around 17,000 square kilometres.

Still, the lake remains fragile and in urgent need of protection. “Drilling for oil in such an unstable environment could lead to the lake becoming the new Niger Delta, where insurgents have attacked pipelines and oil spills have polluted waters beyond repair,” writes The Guardian.