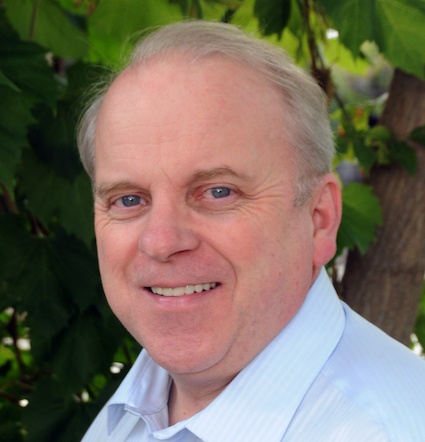 Ralph Torrie is a senior associate with the Sustainability Solutions Group, partner in Torrie Smith Associates, and one of Canada’s leading energy and carbon modellers. He helped design and lead a series of green recovery webinars and publications that laid some of the groundwork for last week’s Throne Speech. In this interview, he talks about what the speech got right, the tough path to 1.5°C, and what’s still needed to get Canada’s transition off carbon on track.

The Energy Mix: What gains did you see in the Speech from the Throne?

Torrie: A national commitment to net-zero carbon by 2050 is a good thing, and overdue. But we’re in a climate emergency, and the sense of urgency is not yet where it needs to be if we’re going to move quickly enough and forcefully enough to get on a 1.5°C pathway. And that pathway is no picnic, we’re seeing that every day now.

Since we put forward our green recovery agenda in the spring, there has been a remarkable consensus develop over what would make up the main components of a green recovery, and the Throne Speech included all of them—building retrofits, electric vehicles, renewable electricity, nature-based solutions, cleantech innovation, and redeployment of the energy sector itself. So I thought there was much to commend in the Throne Speech. Of course the proof will be in the policy and budgetary commitments that follow, but the rhetoric hit the right notes.

The Energy Mix: In the weeks leading up to the speech, there was a wave of pushback against pursuing a green recovery while we’re still in a pandemic. Did the government get the balance right?

Torrie: In recent weeks, there have been suggestions from some quarters that the green recovery must wait, that we can’t afford to address the immediate disruption and suffering caused by the pandemic while at the same time laying the foundation for a green economic recovery. But that’s a false dichotomy: pandemic relief without a green economy is a recipe for more public health disasters in the future.

We’ve known for some time that we need to accelerate the transition to a green transition for environmental reasons, but we also need to up our game if we want to be players in the low-carbon economy that is emerging as the central business story of the 21st century. There was an explicit acknowledgement in the Throne Speech that “this is where the world is going. Global consumers and investors are demanding and rewarding climate action.”

The Energy Mix: Before the speech, we heard a lot of concern about the government setting aside its traditional “fiscal anchors”. But both parts of the agenda—pandemic relief and green recovery—need public funding and federal leadership. Can green recovery investments actually help ease the anxieties coming from conventional economic thinkers?

Torrie: Oh yes, in fact the green recovery investments are our best hope for Canada’s economic success in the 21st century, and even among those you refer to as “conventional economic thinkers”, there is a growing recognition of that fact. A day does not go by now without an announcement of one or another major investment bank or multinational corporation throwing its financial muscle into the green economy.

It’s a mistake to underestimate the massive opportunities in the low-carbon economy. That’s an important part of the answer to the concern about federal deficit financing for both pandemic relief and the green recovery. Now is the time for the federal government to use its fiscal power and monetary sovereignty to accelerate the transition to a green economy. Sovereign debt  injects money into today’s economy, not the other way around, and borrowing for a green recovery can be done with negative real interest rates.

The real issue is the capacity of the Canadian economy to rise to the challenge of building a carbon-free economy, and this is the time to invest heavily in Canada’s future. The Throne Speech went at least part way to taking that position: “This is not the time for austerity…The government will do whatever it takes, using whatever fiscal firepower is needed to support people and businesses during the pandemic”.

We haven’t seen the government’s numbers yet, but our analysis shows that $110 billion of strategically-placed federal government investments in a green recovery would stimulate $1.6 trillion of value creation in the Canadian economy over the next ten years. If we lock in the borrowing at today’s rates, the government’s share of the resulting economic value creation will be more than enough to pay down the sovereign debt incurred for the initial investments.

It is not about whether we can afford to do this, so much as whether we believe in ourselves and in the coming generations of Canadians. Just on the basis of the climate emergency itself, never mind the urgency of securing our position in the global green economy, if ever there was a time for the government to go all in on a green economy for Canada, this is that moment. It is not the economy we get by fighting climate change we should be worried about, it is the economy we get if we don’t.

The Energy Mix: So the spending and the political agenda won’t just be incremental. But what about the actual programs? You’ve been leading the conversation on mass, deep energy retrofits. The Throne Speech talked about retrofits creating “thousands” of jobs, when it’ll take so many more to upgrade the entire building stock in 20 or 30 years. Even after this big-picture, aspirational speech, are they still thinking too small when it comes to implementation?

Torrie: We aren’t going to get there with tools and strategies from decades past. Those methods emerged in an era when the best we thought we could do was to bend the energy demand curve in the right direction, without worrying too much about where it would end up. That approach simply isn’t up to the task we now face.

Retrofits are a great example of the need for a step change in the ambition and creativity required to switch from incrementalism to a full-blown emergency response. After decades of effort, we’ve yet to see a program designed to be both wide and deep, covering the entire stock of existing buildings with the goal of phasing out its use of fossil fuels while building up its resilience to climate disasters. To get that done, we need an industrialized retrofit process that is 100 times faster, 1,000 times wider, and three to four times cheaper than anything we’ve done before.

We should not be surprised at the very low rate of building retrofits so long as we keep expecting individual households and building owners to take on the logistics, up-front costs, and the months of disruption that come with the way we have been doing renovations. Can you imagine if we took that approach to other big, expensive undertakings? How many power plants do you think would get built if we asked individual homeowners to pony up the capital, find a contractor, and manage the design and construction? Innovations like property assessed clean energy (PACE) financing are fine as far as they go, but they don’t go very far and they do not address the full range of barriers to deeper, faster, and more widespread building retrofit activity.

The spending has to be smart, but we’re capable of that, too, and this is the moment to show it. The pandemic pause has delivered an opportunity for an economic reset, at a terrible cost in human lives and suffering. So we must not squander this opportunity. We owe it to the victims of this wretched virus, and we owe it to our children and grandchildren to build back better.