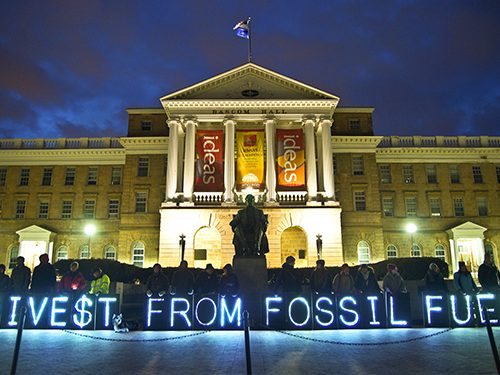 The mayors of a dozen major world cities, including Berlin, Milan, and Vancouver, have pledged to divest from fossil fuels—a move that sends a shot across the bow of those still working to inhibit efforts to “build back better.”

The trend first began in January 2018, when “New York City Mayor Bill de Blasio announced a commitment for the city to divest its pension funds from fossil fuel companies in five years,” writes Utility Dive. But there are still headwinds to overcome: despite increasing calls for a low-carbon, resilient recovery from the pandemic from cities around the world, “more than US$200 billion in COVID-19 recovery funds are currently pledged to fossil fuels, signalling a need for cities to go beyond local projects in facing the industry at large.”

The latest divestment pledge, backed by the C40 Cities Climate Leadership Group, constitutes just such a broad-gauge stance, calling on signatories—including the mayors of Bristol, Cape Town, Durban, London, Los Angeles, New Orleans, Oslo, and Pittsburgh—to “commit to divesting all city assets and pension funds from fossil fuel companies; increasing financial investments in climate solutions; and advocating for fossil-free finance from other investors,” notes Utility Dive. Joining as the 12th signatory, New York City adds heft to its 2018 initiative, and to its parallel commitment to invest US$4 billion in climate solutions by 2021.

Utility Dive says 2018 also saw New York City file a lawsuit against five colossal fossils—BP, Chevron, ConocoPhillips, Exxon Mobil, and Royal Dutch Shell. While the suit was dismissed, “the city’s appeal is still active in the 2nd U.S. Circuit Court of Appeals, sitting among a ‘growing groundswell’ of climate litigation across a number of circuits.”

Dan Zarrilli, New York’s chief climate policy advisor, pointed to the destructive and “absurd” disconnect between the world’s continued investment in fossil fuels and its rigorous pursuit of low-carbon technologies like EVs.

“We’re simply betting against ourselves,” he told Utility Dive. The pandemic recovery, he added, is “our last best chance to get it right while we’re facing down the scientific realities of climate change,” and civic divestment from fossils would send a powerful signal to the marketplace.

“This is the moment where we need to spend differently, to invest differently, to create those green jobs of the future, and make sure we put ourselves on a different path that is not one of climate destruction,” he said.

The cities’ united action comes nine months after asset manager BlackRock “pledged to divest companies generating more than 25% of revenues from thermal coal production from its discretionary active investment portfolios,” reports Utility Dive. BlackRock’s decision is one of a number of recent moves from the corporate sector that signal a growing unease with fossil fuels, with Walmart aiming for net zero emissions by 2040, based in part on a strong shift to renewables.

C40 Cities and the World Resources Institute acknowledge that each city will face unique complexities “when trying to adjust investments while satisfying fiduciary responsibilities,” Utility Dive notes. To help them manage those complexities, the organizations have released a guide to seven investment priorities for a green recovery.