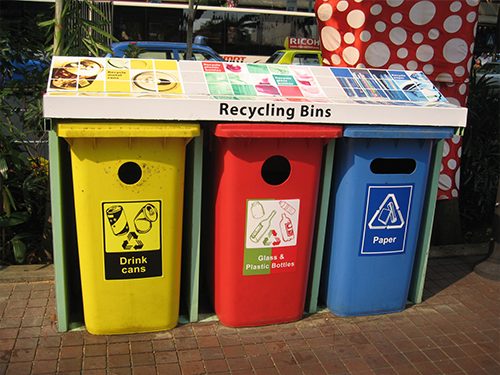 Amidst revelations that Big Oil has spent decades promoting an idea it knows to be false—that plastics can be easily recycled—the industry is once more doubling down on the perceived value of “the third R” and ignoring forecasts of decline as it prepares to ramp up plastics production.

“The industry’s awareness that recycling wouldn’t keep plastic out of landfills and the environment dates to the program’s earliest days,” writes National Public Radio, in a report on an in-depth investigation it conducted in partnership with Frontline. As far back as 1974, industry insiders were confessing “serious doubt” that plastics recycling could ever be economically viable.

Right from the start, plastics producers (and their Big Oil parents) understood that recycling is difficult and expensive, while the natural degradation that takes place during the process prevents the material from being used “more than once or twice”. New plastic, by contrast, has been much cheaper to produce, with main feedstocks coming from the waste products of oil and gas extraction.

The upshot? “Less than 10% of plastic has ever been recycled.”

That the public is only slowly waking up to this reality owes, NPR writes, to a systematic campaign of disinformation that began to flood the airwaves beginning in the 1990s. Commercials intoning things like “the bottle may look empty, yet it’s anything but trash” may have sounded like they came straight off the desk of the Sierra Club, but were, in fact, “paid for by the plastics industry, made up of companies like Exxon, Chevron, Dow, DuPont, and their lobbying and trade organizations in Washington.”

With tens of millions of dollars spent on these ads over years, consumers became comfortable with a product “that, for the most part, was buried, was burned or, in some cases, wound up in the ocean.”

These plastics companies also funded “sorting machines, recycling centres, non-profits, even expensive benches outside grocery stores made out of plastic bags,” as well as “feel-good projects” designed to encourage the public to strive to close the life-cycle loop of plastic.

But “few of these projects actually turned much plastic into new things,” notes NPR.

Another revelation by the NPR/Frontline investigative  team: the plastics industry’s promotion of the recycling symbol, which further served to convince consumers that a particular piece of plastic could—and would—be recycled.

“Starting in 1989, oil and plastics executives began a quiet campaign to lobby almost 40 states to mandate that the symbol appear on all plastic—even if there was no way to economically recycle it,” writes NPR. In addition to creating “unrealistic expectations” about what could be recycled, the symbol also led to mass contamination of metal and glass recycling streams that were already in place and functioning well.

With more than US$400 billion per year at stake, the plastics industry is continuing to talk, and build, big. Witness Chevron Phillips Chemical’s $6-billion chemical plant just coming online outside Sweeney, Texas. “We see a very bright future for our products,” Jim Becker, the company’s VP of sustainability, told NPR.

As for if (and how) Chevron Phillips plans to take responsibility for the mountains of plastic waste it will be producing as part of this “bright future,” Becker said the company “will recycle 100% of the plastic it makes by 2040.” Asked how he expects to keep that promise, Becker answered that the recycling system just needs to become more efficient.

“We’ve got to do a better job, collecting the waste, sorting it,” he said. “That’s going to be a huge effort.”

It will indeed, writes NPR. Particularly when global plastics production is set to triple by 2050.

“We’re seeing a deterioration of the plastics market right before our eyes,” said Tom Sanzillo, finance director for the Institute for Energy Economics and Financial Analysis. To date, 127 of 193 countries “have some sort of rules or regulations that limit plastic use,” notes DeSmog, citing a December 2018 United Nations report.

Carbon Tracker adds that, contrary to what one might expect, the pandemic did not substantially improve the fortunes of plastic. “The amount of plastic used in PPE is very low and not sufficient to outweigh falling plastic demand elsewhere as a result of the economic shock of COVID,” it reports.