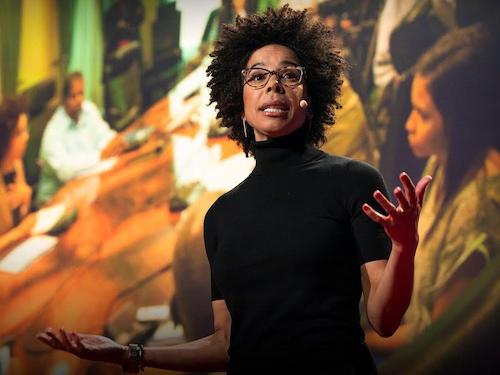 A new book spearheaded by two veteran campaigners is showing that the climate crisis is “not gender neutral”: while women and girls are present in numbers behind the scenes of climate action, and are more apt to suffer climate impacts, they are far less likely than men and boys to have a voice in articulating solutions.

All We Can Save, an anthology of climate-related essays, poetry, and artwork published this week, celebrates the work of women who are fighting the climate crisis, writes InsideClimate News. Among the activists featured in the book are Canadian-born climate scientist Katharine Hayhoe, American poet laureate Joy Harjo, and Tara Houska-Zhaabowekwe, an attorney and Indigenous rights advocate and founder of the Giniw Collective.

The anthology was created and edited by marine biologist Ayana Elizabeth Johnson, CEO of the Ocean Collectiv, and Katharine K. Wilkinson, editor-in-chief at Project Drawdown. In an interview with InsideClimate, the editors say the book grew out of their shared observation of, and frustration with, how much was missing from the technocratic, male-dominated conversation about how to respond to the climate crisis.

“Climate change is not an engineering problem,” said Johnson. “It’s a problem of how we live on this planet and interact with each other.”

Describing the process of compiling the book as being similar to quilting, Wilkinson said the work was an intentional act of collaborative community building—an effort that will continue on in the establishment of “All We Can Save circles.” These are “10 weeks of small group dialogue that helps folks kind of dig into the content of the book and the questions that it raises together”—including, she added, the feeling of profound grief.

Many of the essays in All We Can Save speak directly to the intersection of racial injustice and the climate crisis, notes InsideClimate—a toxic web laid bare ever more clearly by the COVID-19 pandemic. Johnson said she hopes the book can serve “to understand the interconnections so that we can collaborate across movements that have been far too disparate to this point.”

Johnson added that the book’s release was deliberately timed to coincide with the run-up to the U.S. election this fall.

“There is a lot of writing about policy in this book—how it’s shaped, how it should be shaped,” she told InsideClimate. She highlighted an essay in which Sunrise Movement founder Varshini Praskash describes how, in an era of youth activism, no candidate can afford not to have something of a climate program to hand.

As for next steps, Johnson pointed to the creation of a Eunice Newton Foot award for women climate leaders, named after the American scientist who, in 1856, theorized that heightened levels of atmospheric CO2 would produce global warming. History books often attribute that breakthrough to a male Irish physicist who published a similar theory years later.