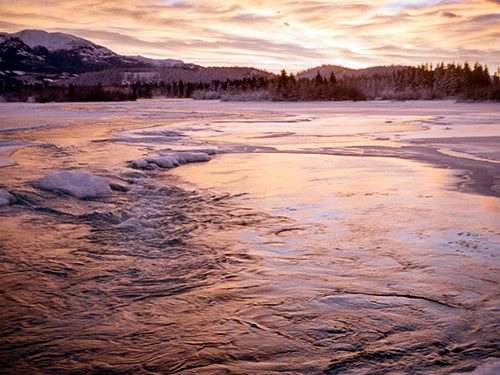 The Yukon government’s new climate plan has been seriously weakened by its decision to create tiered emissions targets for its mining industry, rather demanding the sector rein in its emissions directly, say local environmental advocates.

Contained in the territory’s plan to cut overall emissions 30% by 2030 is a provision to set so-called “intensity targets” for its mining sector by the end of 2022. “These targets would encourage mines to be more efficient by setting a level of emissions mines should produce relative to how much material they produce,” reports CBC.

The move leaves Lewis Rifkind, mining analyst with the Yukon Conservation Society, unimpressed. “One big mine could ruin everything if it goes to a fossil fuel-generated electrical supply,” he said. “The climate doesn’t care whether we have nice, efficient mining projects.”

The emissions from the three mines currently operating in the Yukon are already considerable, CBC adds. According to data collected between 2009 and 2017, they produce 10 to 15% of the territory’s overall emissions.

Underpinning the measures to promote greater efficiency will be a requirement for all mines—both new ones, and established ones reapplying for operating permits—to forecast their emissions at the start of each year and report any progress, or lack thereof.

That Yukon needs to reduce emissions is affirmed by a study just published in the journal Nature Communications that draws a direct line between permafrost thaw and mercury levels in fish in the territory’s namesake river. Arctic Today reports that, should emissions remain at their current level, the level of mercury in the fish will exceed federal food safety thresholds by 2050.

Action to bring Yukon’s emissions in line with the Paris Agreement, however, could pay great dividends. Under a status quo scenario, mercury concentration in the river would double by 2100, but concentration would increase by only 14% with reduced emissions, “keeping levels in fish at or below safety guidelines.”

Between action and inaction, much hangs in the balance, said study lead author Kevin Schaefer of the Colorado-based National Snow and Ice Data Center—beginning with the many Indigenous communities that depend on the river ecosystem for food, income, and the preservation of their culture.

The Yukon River “is a bellwether or a canary-in-the-coal mine kind of thing, an indicator of what might happen over the whole Arctic,” he told Arctic Today.