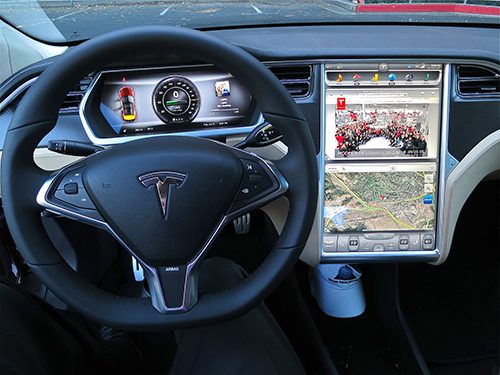 A Tesla driver’s recent asleep-at-the-wheel stint on autopilot on a highway south of Edmonton has left road patrols gobsmacked and Tesla devotees fuming at a behaviour they say maligns an otherwise safety-conscious crowd.

Charged with speeding and dangerous driving is a 20-year-old man from British Columbia who, shortly before his arrest, had been sound asleep at the wheel of his fast-moving 2019 Tesla Model S, reports CBC.

Radar readings clocked the car at 150 kilometres per hour in a 110 kph zone. The RCMP officer at the scene confirmed both front seats in full recline, and both passenger and driver apparently deep in REM.

“Nobody was looking out the windshield to see where the car was going,” said Sgt. Darrin Turnbull. “I’ve been in policing for over 23 years and the majority of that in traffic law enforcement, and I’m speechless.”

“Tesla’s autopilot function is designed to keep a car in its lane and at a safe distance from other vehicles. Autopilot also can change lanes on its own,” reports CBC. Those functions, however, are intended to assist, never to replace, the driver, and it is typically still necessary to actively control the vehicle.

However, the system is not completely hack-proof if the owner is determined. “There are after-market things that can be done to a vehicle against the manufacturer’s recommendations to change or circumvent the safety system,” said Turnbull.

Such willful interference in a technology intended to increase safety on the world’s highways angers Tesla devotees like Angie Dean, president of the Tesla Owners Club of Alberta. “It gives all of us a bad name,” she said. “Everyone that I’ve spoken with is just so disappointed and so frustrated because it’s abuse of the system.”

Left to work as it should, Dean said, a Tesla is programmed to respond whenever a driver removes her hands from the wheel: quiet beeping turns to loud beeping, followed by hazard lights, automatic slowing down, and pulling over. From the verge, the Tesla is then designed to turn off and refuse to engage the autopilot “for the rest of the drive”.

But so far, the car has been unable to protect owners or other drivers from the numerous videos circulating online that show how to override such safety measures.