Move Toward EVs Not Enough to Mitigate Ride-Hailing Emissions 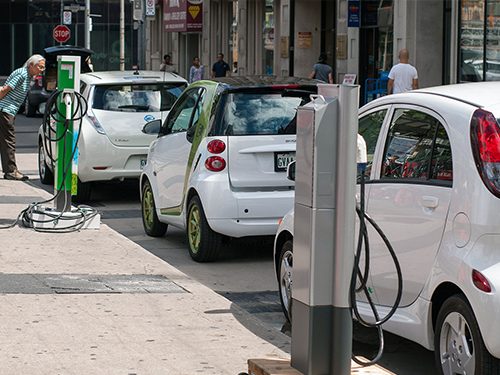 While recent pledges by Lyft and Uber to electrify their entire Canadian fleets by 2030 are laudable, public policy is still needed to tackle the growing spike in emissions as a pandemic-wary public increasingly turns away from transit and toward ride-hailing.

Though ride-hailing, like most public-facing businesses, has been hammered by the pandemic, it “seems unlikely to be thwarted in the long term, and in fact may benefit from persistent public fear about riding public transit and the knock-on effect of lower transit agency revenue,” writes veteran Canadian climate analyst Dan Woynillowicz for Electric Autonomy.

Even before the pandemic, the allure of ride-hailing was already undermining transit use, particularly during the morning and afternoon commutes. In a 2018 survey of Metro Boston ride-hail users, 42% said that, “absent ride-hailing, they would have taken public transit.”

Those findings parallel a study by the Institute of Transportation Studies at the University of California, Davis, that found a 6% overall reduction in transit use in U.S. cities after the advent of ride-hailing, Woynillowicz notes. The report concludes that “ride-hailing is currently likely to contribute to growth in vehicle miles travelled in major cities represented in this study.” Another study this year by the Union of Concerned Scientists found ride-hailing services produce 69% more pollution on average than the transit modes (bus, bike, walking) they displace.

As for the 100%-electric-by-2030 pledges by the ride-share titans in Canada, Woynillowicz notes says it doesn’t cover the damage. “A lot of kilometres will be travelled between now and 2030, and voluntary corporate commitments are just that, voluntary,” he writes. “If we want to ensure that the rise of ride-hailing doesn’t bring with it a big rise in carbon pollution, we’re going to need public policy.”

He adds that California has blazed a significant trail in ensuring that ride-sharing becomes fit for the imperatives of a zero-carbon world. In 2018, the state enacted its Clean Miles Standard, which requires ride-hailing companies “to reduce their emissions as they transition their fleets to zero-emission vehicles.”  Moreover, Woynillowicz notes, “the law focuses on emissions per passenger mile, rather than emissions per vehicle mile,” which will potentially encourage more carpooling.

The new California legislation also includes the creation of a baseline, based on data collected by the California Air Resource Board, that measures carbon emissions from companies like Uber on a per passenger mile basis to develop annual reduction targets, beginning in 2023. Starting in 2022, each ride-hailing company will also be required to develop a CO2 emissions reduction plan and update it every two years.

What California’s approach to ride-hailing proves thus far, concludes Woynillowicz, is that careful and collaborative design decisions can ensure that the service becomes “an important complement to public transit,” one that can step in to provide transportation during nighttime hours when transit is often more limited, or even becoming “a viable alternative to providing transit service to sparsely-populated, low-density areas.”