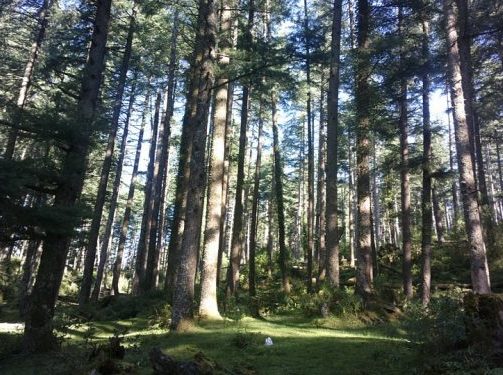 In a study published last week in the journal Nature Communications, an international team of researchers discovered that the rapid arboreal growth spurred by rising temperatures comes at a cost: maturing swiftly, the trees die young, and also show increased vulnerability to disease, drought, and pests, reports The Guardian.

Where standard models have long assumed faster-growing forests could act as long-term carbon sinks, the new study suggests that “they could also store less carbon as the trees die off sooner,” the paper adds. And while it has long been known that certain fast-growing trees are not long-lived, the study now reveals that “the relationship between faster growth and shorter lifespan appears to hold good across tree species and latitudes.” That the rule applies to all tree species, even tropical ones, came as a surprise—and a troubling one for climate models.

“Our findings indicate that there are traits within the fastest-growing trees that make them vulnerable, whereas slower-growing trees have traits that allow them to persist,” said study co-author Steve Voelker, a researcher with of the department of environmental and forest biology at Syracuse University New York. “The carbon uptake rates of forests are likely to be on the wane as slow-growing and persistent trees are supplanted by fast-growing but vulnerable trees.”

In the wake of the study, experts are now debating the climate stabilizing merits of tree planting.

“The idea that fossil fuel-based emissions can be offset by planting trees or avoiding deforestation really does not stand up to scientific scrutiny,” said David Lee, an atmospheric scientist at Manchester Metropolitan University. University of Oxford ecologist Keith Kirby, however, told The Guardian he still sees some value in tree planting as mitigation, despite the new findings.

“We cannot rely as much on increased growth per unit area to maintain and enhance the forest carbon sink potential, but this might be offset by slowing deforestation and increasing the expansion of the extent of forests, where this can be done in a sustainable way,” he said.