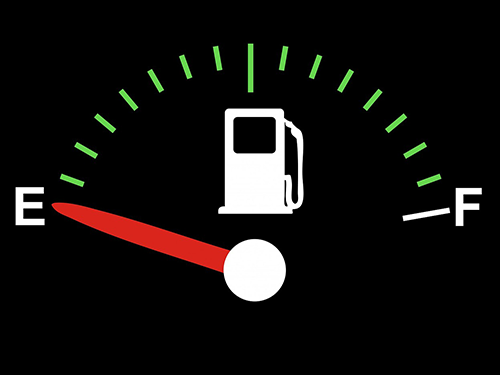 The global fossil industry is facing a parade of bad news this week, with colossal fossil BP concluding that global oil demand has already peaked, the Organization of Petroleum Exporting Countries (OPEC) predicting a steeper demand drop due to the slow recovery from the pandemic, and the International Energy Agency warning that “the path ahead is treacherous”.

BP, in its influential annual outlook published Monday, predicts an “unprecedented, decades-long decline” in oil demand, while renewable energy “emerges as the fastest-growing energy source on record,” The Guardian reports. Chief Economist Spencer Dale “said the company’s vision of the world’s energy future had become greener due to a combination of the COVID-19 pandemic and the quickening pace of climate action, which has hastened ‘peak oil’.”

The BP analysis “in effect sounds a death knell for the growth of global oil demand, after two of the report’s three energy scenarios for the next 30 years found that demand reached a peak in 2019,” the paper says. Oil demand falls 55% by 2030 in a central scenario that aligns with the goals of the 2015 Paris Agreement, 80% in an “energy transition” scenario aimed at limiting average global warming to 1.5°C.

The line of thinking in the report parallels “a chorus of warnings from independent energy economists that the impact of coronavirus will bring forward the start of the oil industry’s terminal decline from the end of the decade,” The Guardian says.

On Monday, OPEC said world oil demand will fall even faster this year than it previously expected, and rebound more slowly next year, due to the continuing impact of the coronavirus pandemic. “Oil prices have collapsed as the coronavirus crisis has curtailed travel and economic activity,” Reuters reports. “While some countries have eased lockdowns, allowing demand to recover, a rising number of new cases and higher oil output have weighed on prices.”

The difference between the reduction of 9.46 million barrels per day the cartel is predicting now and the 9.06 million it calculated a month ago is miniscule from a climate perspective, at a time when total global production averaged 80.6 million barrels per day last year. But it still contributes to a stark picture for an industry that is entering its sunset and risks losing the confidence of the big investors who keep it afloat.

For 2021, “risks remain elevated and tilted to the downside, particularly related to the development of COVID-19 infection cases as well as possible cures,” OPEC said in its monthly report. “Increased usage of teleworking and distance conferencing is estimated to limit transportation fuels from fully recovering to 2019 levels.”

In its own pronouncement this week, the International Energy Agency agreed that fossil markets have become “even more fragile”, as the pandemic drives a spike through global demand for oil and gas, Bloomberg writes. The industry spent a lot of time stockpiling surplus oil in the first months of the pandemic, and now the IEA says those bloated inventories “won’t subside as sharply as anticipated,” the news agency adds.

“We expect the recovery in oil demand to decelerate markedly in the second half of 2020, with most of the easy gains already achieved,” the IEA wrote in its monthly report. “The path ahead is treacherous, amid surging COVID-19 cases in many parts of the world.”

“As economies around the world opened up, there was optimism and enthusiasm that we would just head back to normal over some period of time,” said consultant Andrew Lipow, president of Houston-based Lipow Oil Associates. “What we’re seeing now is that there’s more pessimism because we’re seeing a resurgence of the virus around the world.”