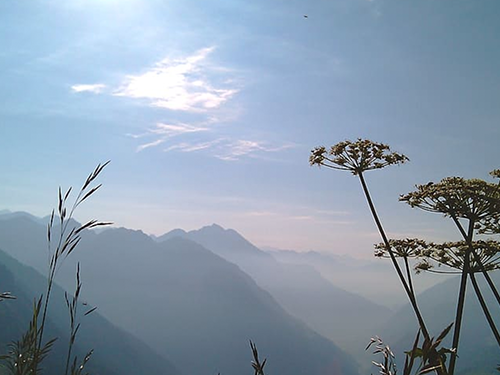 A ban on SUVs, a frequent flyer tax, carbon emissions labelling, and protections for those most exposed in the push to net zero were among the core recommendations when the UK’s citizen-led Climate Assembly issued its final report last week.

Underpinning all of the assembly’s demands is a call for strong leadership that will help the country “build back better”.

After 6,000 hours of meetings and a lot of expert advice and consultation, the 108-member panel—which was convened for the first time in the UK last year—discovered a lot of common ground, despite coming from all walks of life and varying political viewpoints, including a contingent of climate deniers, The Guardian reports. In the end, a “large majority” of 79% either agreed or strongly agreed that “economic recovery after the pandemic must be designed to help drive the country to its 2050 net zero target, which was signed into law last year.”

Critical to ensuring such a green recovery is leadership that does not ebb and flow with election cycles. To that end, the report calls on political leaders in the UK “to forge a cross-party consensus that allows for certainty, long-term planning, and a phased transition,” and to understand that “this is not the time nor the issue for scoring party political points.”

With 91% support, the assembly was close to unanimous agreement that companies seeking government bailouts from pandemic havoc should expect the funds to come with green strings attached, notes the Guardian.

Carbon Brief explains how the designers of the Climate Assembly ensured wide representation among the participants. “The membership of the assembly was drawn from a larger group that responded to a recruitment letter, four-fifths of which were sent to random UK addresses inviting adults in the household to take part,” the climate specialist publication writes. “One-fifth of the recruitment letters were reserved for the UK’s most deprived areas.”

To make sure all necessary voices were included, “final membership was selected to be representative of the UK in terms of age, gender, ethnicity, education, rural versus urban, geography, and level of concern about climate change.”

Those opinions have now entered the public record in the form of a 556-page report on how the UK should approach climate action. “Citizen assemblies are an example of what is variously called ‘deliberative’, ‘participatory’, or ‘consultative’ democracy,” writes Carbon Brief—and the formation of such assemblies is in fact one of three demands made by the Extinction Rebellion climate action group. In the words of the report itself, such assemblies “enable decision-makers to understand people’s informed and considered preferences on issues that are complex, controversial, moral. or constitutional.”

Discussion within the UK Climate Assembly was guided by four experts and informed by 47 speakers, all brought in to provide “balanced, accurate, and comprehensive information.” In addition to a green recovery, the assembly considered transportation, power generation, food production and land use, and CO2 removal.

Tackling automobile emissions was high on the assembly’s list of recommendations, with 86% of participants calling for an immediate ban on gas-guzzling SUVs. Also receiving high levels of support were a ban on all fossil-powered cars by 2035, financial support for a faster switch to EVs, and increased public investment in low-carbon buses and trains. The assembly did not achieve majority backing for a blanket air travel tax, but 80% did support a “frequent flyer tax for individuals who fly furthest and most often,” writes the Guardian.

The panel’s willingness to penalize the highest flyers but not the average traveller was one of several signs of a general desire that the push for net zero “be applied fairly,” the paper adds. Other signs of a wish for fairness included a demand for equitable treatment of citizens “with jobs in different sectors,” with “different incomes, travel preferences, and housing arrangements” and “who live in different parts of the UK.”

Wind and solar energy received a big thumbs-up (95% and 81%, respectively) from the assembly. Nuclear was far less popular, receiving support from only 30% of participants.

Many participants also urged policy-makers to enable and support local food production, with financial backing for farmers who re-wild parts of their land or seek to increase the carbon storage capability of their soil. The assembly also called for a 40% reduction in animal product consumption, to be achieved through education and carbon labelling rather than measures aimed at restricting consumption.

The assembly also showed “limited support for technological solutions like carbon capture and storage” (a technology for which the UK government just approved more than $1 billion), while warmly embracing “nature-based solutions such as reforestation, peatland restoration, and using more wood in construction,” according to Bloomberg Green.

The chairs of the six parliamentary select committees that commissioned the assembly have asked Prime Minister Boris Johnson to act on the report “by ‘showing leadership at the very highest level of government’ ahead of the UK hosting the UN climate summit, COP 26, in November 2021,” writes The Guardian.

“The fact that assembly members have been able to arrive at clear recommendations whilst respecting each other’s values and experiences sets an example for us all,” said MP Darren Jones, chair of the business, energy, and industrial strategy select committee. “Their voices are front and centre, just as they should be.”