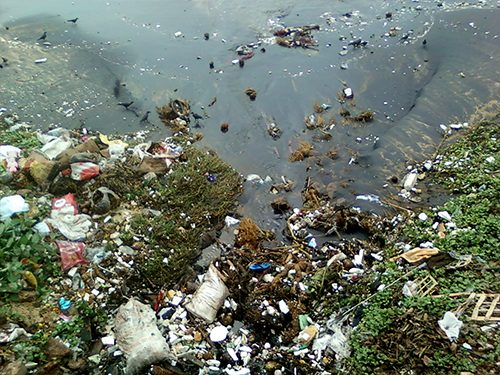 One in eight deaths in the European Union owes to dangerous and ever-increasing levels of air and water pollution, according to a new analysis of the latest data, with water contamination tied to industrial agriculture practices and the growing presence of antibiotics in domestic water supplies.

“A total of 630,000 deaths in the European Union’s 27 countries plus Britain were attributable to environmental factors in 2012, the latest year for which data are available,” reports Reuters, citing new a study from the European Environment Agency (EEA). “These deaths are preventable and can be significantly reduced through efforts to improve environmental quality,” the study stated.

Among the factors examined, air pollution was the leading health risk for Europeans, “contributing to more than 400,000 premature deaths each year.” While pollution levels “plummeted” during pandemic lockdowns, the reprieve delivered to the lungs of EU citizens is “expected to be temporary, and most EU countries are on course to miss their targets to cut air pollutants in the next decade.” EU health and food safety commissioner Stella Kyriakides called the arrival of COVID-19 a “wake-up call” that has made officials “acutely aware of the relationship between our ecosystems and our health.”

Also of deep concern is pesticides in watersheds, and “the release of antibiotics through waste water treatment plants, which can spread antimicrobial resistance.” Reuters notes that infections related to drug-resistant bacteria “cause roughly 25,000 deaths in the EU each year.”

Meanwhile, a study commissioned by the UK-based Clean Air Fund has found that reducing air pollution—especially nitrous oxide and fine particulate matter—could prevent 17,000 early deaths, reports the Leicester Mercury. In addition to saving lives, capping air pollution at levels recommended by the World Health Organization could boost the UK economy by more than US$2 billion and prevent the three million annual working days lost each year to pollution-related illnesses.