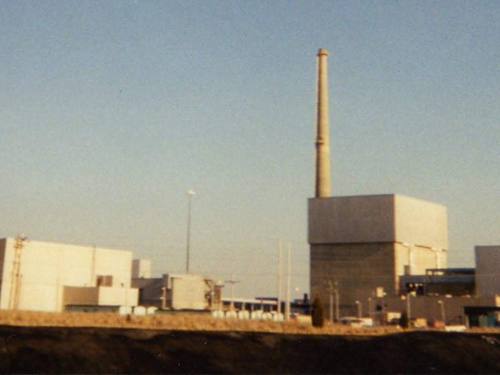 The risk of climate hazards is likely to increase over the next couple of decades for U.S. nuclear power plants whose economics are already tenuous enough that one unplanned disaster could put them out of operation, Utility Dive reports, citing a report issued last month by Moody’s Investors Service.

Nuclear is widely (though controversially) seen in some parts of the climate community as an essential cornerstone of the shift of carbon. But that relationship is a “two-way street”, Utility Dive writes.

“Academics expect rising air and water temperatures to cut into the operational efficiency of nuclear power plants, and an increase in severe weather patterns may necessitate more elaborate—and costly—disaster mitigation measures by plant operators,” the industry newsletter states. “While low power prices and competition from cheap renewable energy and natural gas continue to be the most important economic headwinds against nuclear power, these climate effects could become another source of financial stress.”

And while the 20-year time frame in the Moody’s report is beyond nuclear operators’ current horizon for financial risk assessment, “some nuclear plants are operating on thin margins, so a single catastrophic disruption can lead to early retirement,” the publication adds. “If it comes to the point where they will have to make substantial capital investments,” said Glenrock Associates equity analyst Paul Patterson, “maybe it is the straw that breaks the camel’s back.”

Utility Dive cites nuclear operator Exelon’s decision to close its Oyster Creek plant in New Jersey in 2018, rather than spending US$800 million on a new water cooling system. “That plant’s cooling issue cannot be linked specifically to climate change, but scientists expect that over time rising water temperatures will degrade the efficiency of thermal power plants’ water cooling systems,” writes reporter Matthew Bandyk. “As a result, those plants may need to draw greater and greater volumes of water in order to make up for the efficiency losses, or consider switching to more expensive air cooling systems.”

Other risks include flood levels that exceed the facilities’ design specifications, and higher temperatures that reduce their operating efficiency. Citing a U.S. Nuclear Regulatory Commission spokesperson, Utility Dive says there were 17 instances in 2019 and 25 so far in 2020 when nuclear plants had to reduce their power output until hot weather subsided.

At a time when the U.S. and other jurisdictions are considering whether to extend the operating licences for aging nuclear plants, “we are looking at a future where we know the climate will be worse, but nobody is talking about the risks for nuclear power,” said Caroline Reiser, Nuclear Energy Legal Fellow in NRDC’s Climate and Clean Energy Program.

Get a deeper dive on this story by clicking through to the full coverage.