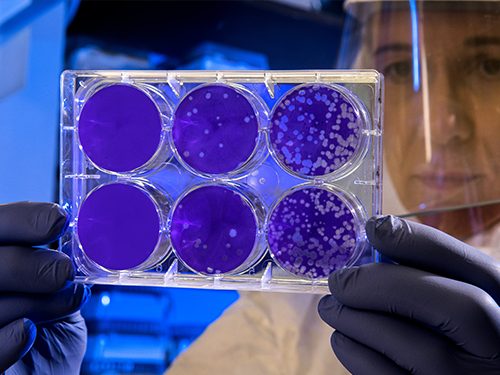 In news that bodes ill for a fossil industry that has pinned its hopes for survival on plastics production, scientists have discovered that ethylene, a fundamental building block of plastic polymers, can be created by a type of sulfur-metabolizing bacteria. The findings could lead to a future of fossil-free plastics.

Ohio State University reports that a team of microbiologists working at several universities recently discovered that when Rhodospirillum rubrum metabolize the sulphur they need to survive, they produce ethylene gas as a byproduct.

While the scientists were not in search of this discovery, it could prove a very happy accident, potentially revolutionizing plastics production—which today necessarily includes fossil fuels, as ethylene is typically sourced from ethane, one of the standard byproducts of fossil fuel extraction.

Ohio State notes that while other bacteria are known to create ethylene, a major technological barrier was that they require oxygen to do so. “Oxygen plus ethylene is explosive, and that is a major hurdle for using it in manufacturing,” explained senior author Robert Tabita, a microbiologist with Ohio State.

The study, published last month in the journal Science, also clarified the pathway through which plants generate ethylene as a hormone that, “in the right amounts,” is essential to plant growth and health. In large quantities, however, it is harmful.

“This newly discovered pathway may shed light on many previously unexplained environmental phenomena, including the large amounts of ethylene that accumulates to inhibitory levels in waterlogged soils, causing extensive crop damage,” said co-author Kelly Wrighton, associate professor of soil and crop science at Colorado State University. “Now that we know how it happens, we may be able to circumvent or treat these problems so that ethylene doesn’t accumulate in soils when flooding occurs.”