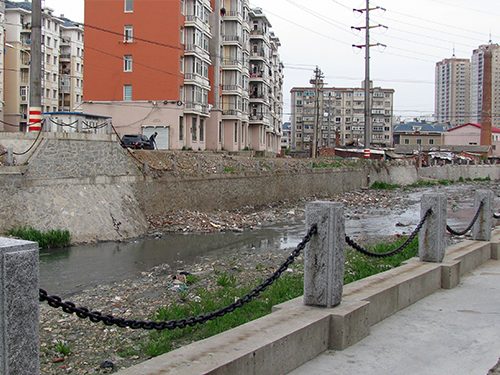 Millions of Americans live in so-called “sacrifice zones,” where racism and rapacious economic imperatives are robbing entire communities of the fundamentals for a healthy and dignified life. That has activists calling for the creation of a regenerative economy in which communities have a direct say in the policies and decisions that affect their world.

The term “ sacrifice zone”—previously applied to the Chernobyl nuclear catastrophe and later popularized in a 2010 book on chemical pollution in the U.S.—is an apt framework for how the human costs of environmental injustice can be mapped reliably to one’s postal code—which is in turn determined by the colour of one’s skin, writes environmental justice activist Dieynabou Barry in a guest post for Grist.

“These are communities where air pollution, waste, and food deserts (along with food swamps) are common,” she writes. “They are on the frontlines of both climate change and the pandemic. And the connector is racism.”

The pandemic has brought these inequities into sharper relief. Barry points to her own community of the Bronx, which was hit especially hard—to no one’s surprise, she says: “We have higher rates of childhood asthma and complications than anywhere in the country.” She also notes that her Black and Latinx neighbours “are at least three times more likely to die than white New Yorkers” from COVID-19, a mortality rate that has been “directly correlated” to diseases that thrive in communities suffering from climate injustice.

These are also, often, the same “underpaid essential workers who literally cannot afford to stay at home.”

With such vicious inequities laid bare, Barry urges U.S. policy-makers to throw their backs into “building a regenerative economy that values life in all of its forms.” Failing to do so, she writes, will be “to continue to see the sanctioning of Black death and suffering.”

Barry’s recipe for a move toward climate justice begins with reapportioning power and resources, so that communities of colour can take control over who develops the land upon which they live, and how. A powerful example of fighting “gentrification, tenant exploitation, and racist lending practices” lies in the successful organization of community land trusts in cities like Santa Ana, California, where residents recently won the right to form a cooperative microfarm.

Next comes the right to clean water. Barry cites efforts by a coalition in Pittsburgh, currently fighting to prevent privatization of the local water utility as it undergoes a US$4-billion infrastructure upgrade.

A regenerative economy will also be one in which jurisdictions “invest in democratically controlled energy,” which means diverting pension plans and other government-controlled funds from investments in fossil fuels to “just and equitable energy programs.” To show this in action, Barry points to a Boston coalition that is “securing government funding to build community-led, community-owned microgrids that bring clean, affordable energy to a mostly Latinx and low-income community.”

Also included in Barry’s plan for just communities are an Essential Workers Bill of Rights, like one currently being called for in New York City; housing that is climate-resilient, healthy, and affordable, boosted by Tenant Opportunity to Purchase Act (TOPA) policies “that require landlords to offer to sell to building tenants”; and, finally, clean and affordable transit alongside legislation to mandate clean trucking, such as the “first-of-its-kind Advanced Clean Truck rule” recently passed in California.

Clean air, clean water, and “a dignified life”: this, writes Barry, “is how we will ease the impact of the pandemic and build front-line communities’ resiliency.”