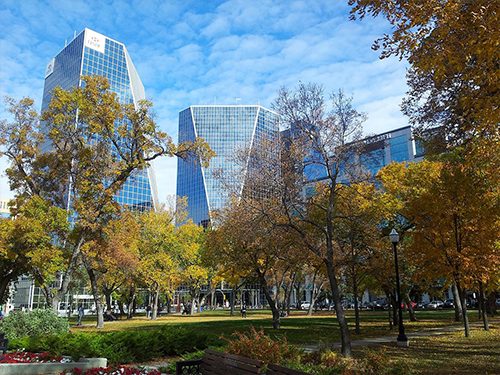 Access to urban spaces that are rich in plant life can boost the IQs of children, both rich and poor, while lowering the incidence of aggression, poor attention, and other behavioural issues, says a first-of-its-kind study out of Belgium.

The study, published in the journal Plos Medicine, analyzed more than 600 children between the ages of 10 to 15. It found that “a 3% increase in the greenness of their neighbourhood raised their IQ score by an average of 2.6 points,” reports The Guardian. The results were the same regardless of the child’s socio-economic background.

Along with economic differences, the researchers ruled out disparities in education and pollution levels as possible factors in the findings. Instead, “lower noise levels, lower stress—as found in other research on green space benefits—and greater opportunities for physical and social activities may explain the higher IQ scores.”

While “there is more and more evidence that green surroundings are associated with our cognitive function, such as memory skills and attention,” said study co-author Tim Nawrot, a professor of environmental epidemiology at Belgium’s Hasselt University, the focus on IQ now provides a “harder, well-established clinical measure”.

Nawrot expressed hope that city builders and urban planners will begin to invest more in urban green spaces, “because it is really of value to create an optimal environment for children to develop their full potential.”