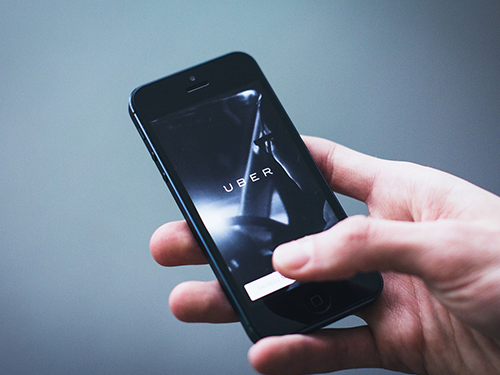 As Ontario’s Doug Ford government signals an ever-increasing enthusiasm for microtransit services like Uber, critics warn that, far from being a panacea for transit woes, ridesharing undermines public transit and leads to reduced accessibility, rising fares, and more congestion and emissions.

And the federal government isn’t helping matters, they add, with plans to tie a C$1.8-billion bailout for the country’s pandemic-devastated transit systems to a requirement that provinces kick in an equal amount.

The 50/50 breakdown for the transit funds has “led to several calamitous outcomes,” freelance reporter James Wilt reports on Passage. The government of New Brunswick, for example, simply turned down the funding, allowing systems like Saint John Transit to remain underserviced.

But more “insidious” still is the Ontario government’s decision to place even more conditions on releasing the combined funds to municipalities, ordering them to “review the lowest performing bus routes and consider whether they may be better serviced by microtransit”. The province had already awarded $1.5 million in grants to microtransit startups in 2019.

The potential impact of supporting “vampiric companies like Uber” can be seen in the town of Innisfil, Ontario, which contracted with the ridesharing firm to act as transit in the area, offering subsidies in exchange for discounted fares, Wilt writes. An April 2019 report by CityLab describes how fares still jumped from $3 to $4 within two years, and citizens had their usage capped at 30 trips per month. The subsidy skyrocketed too, from $150,000 in 2017 to $846,000 in 2019. The comparable annual cost of running a bus route in town would have been $270,000.)

“I would never get on a bus in Toronto and hear the driver say, ‘Sorry, but you’ve hit your cap,’” one Innisfil resident told CityLab. “Uber was supposed to be our bus.” Other complaints include “lack of service for shift workers, inefficient pooled rides, and lack of accessibility for people with disabilities.”

And then there is the injury to the environment. While genuine public transit becomes more efficient with volume, increased use of microtransit just leads to more traffic and more emissions.

It is possible to discern an ideological agenda behind the Ford government’s embrace of microtransit, Wilt says. “Well-funded public transit results in more unionized workers, lower or free fares, fewer private vehicles on the roads, and constituencies that will organize to defend it from attack,” he writes. “Conversely, privatized transportation—whether through public-private partnerships or contracting service out entirely—means enormous profits at the cost of greater exploitation of workers and riders alike.”