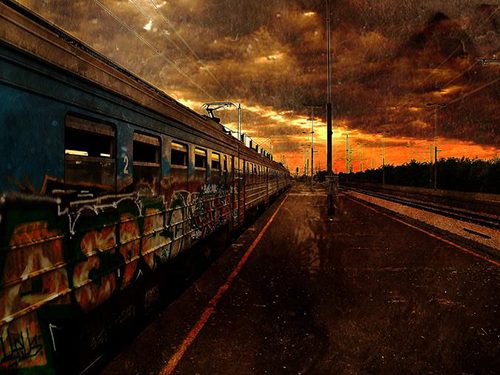 Two years after the release of Deep Adaptation, Jem Bendell’s highly influential paper warning of inevitable societal collapse from climate change, a trio of young scientists is eviscerating the work—and its message—as not just a scientifically unsound, but also politically and socially devastating. The context of the pandemic, they add, has only added strength to their argument.

“Where Deep Adaptation implies that scientific understanding can no longer save us from catastrophe, COVID-19 has shown the critical importance of science-based policy,” write the authors in a recent post on Open Democracy. “Where Deep Adaptation backs away from questions of equity and distribution in the face of disaster, COVID has shown that (in)justice only becomes more important under such circumstances.”

The scientists behind the post are Thomas Nicholas, post-doctoral student in computational plasma physics at the University of York; Galen Hall, researcher at Brown University’s Climate and Development Lab; and Colleen Schmidt, a recent plant ecology graduate from Columbia. As active members of Extinction Rebellion (ER), the three make it immediately clear that, despite their critique of the “doomism” approach, they recognize the climate crisis as a global emergency.

“If governments do not undertake enormous measures to mitigate climate change, then some form of ‘societal collapse’ is plausible—albeit in varying forms and undoubtedly far worse for the poorest people,” they write. “The climate crisis is dire enough in any case to justify urgent action, including mass sustained non-violent disruption, to pressure governments to address it swiftly.”

But they maintain there is no social or climate science to support the key premise of Deep Adaptation: that near-term societal collapse is not just plausible, but inevitable. That Bendell’s thesis has gained traction in the minds of so many alarms the authors, who urge the need to respect “the distinction between the coming hardships and unstoppable collapse” to help citizens and policy-makers overcome apathy and take action to minimize future harm.

Bendell’s paper resonates with many, the author says, partly because of its “willingness to discuss the current, affective, and emotional impacts of the crisis.” They even nod to how the paper clearly names the ways in which neo-liberal economic principles (including corporate social responsibility and personal carbon footprinting) have dominated environmental issues for the past 50 years, while stressing that human society needs to “brace for serious impacts from climate change.”

Case in point is Bendell’s “tendency to dismiss the work of hundreds of scientists based on one person’s estimates,” specifically his faith in the forecasts of Peter Wadhams—whom he describes as “one of the most eminent climate scientists in the world.” According to Bendell, Wadhams “believes an ice-free Arctic will occur one summer in the next few years and that it will likely increase by 50% the warming caused by the CO2 produced by human activity”. That conclusion, he says, “renders the calculations of the IPCC redundant, along with the targets and proposals” of the UN Framework Convention on Climate Change (UNFCCC).

Dismissing the UNFCCC may be “a bold move,” they write, but “it is also a bad one, because even a cursory search reveals that the magnitude of Wadhams’ prediction is off, and so is his timeline.”

Bendell also highlights a now-debunked 2003 report warning that Arctic warming could lead to rapid, planet-destroying releases of oceanic methane. Not quite true, say the Open Democracy authors: “Large methane contributions from permafrost are not impossible, but it is a gross misrepresentation of the science to say that it is likely, let alone inevitable, that non-anthropogenic methane emissions have or will become the dominant warming factor regardless of our actions.”

It is this tendency to overstate the role of climate feedback processes that most troubles Nicholas, Hall, and Schmidt. They say it distracts from the most dominant and changeable influence on climate change: human activity.

“We are still in control of the majority of warming, both present and future,” they write. “We have primary agency in the outcome,” and “it is not at all ‘too late’.”

Bendell also trespasses against the principles of his own discipline by relying on pathos, rather than proof. Take this fraught passage from Deep Adaptation (which unintentionally paints a picture of the current reality of many poor and marginalized communities, rather than just a universal future scenario): “With the power down, soon you wouldn’t have water coming out of your tap. You will depend on your neighbours for food and some warmth. You will become malnourished. You won’t know whether to stay or go. You will fear being violently killed before starving to death.”

Deep Impact may have been written with good intentions, the authors conclude, but the faulty science has left real damage in undermining civil action.

“If societal collapse were truly inevitable, it would make no sense to practice mass civil disobedience against governments,” they write. “The possibility of averting this disaster in fact justifies a greater extent of non-violent rebellion than we have accomplished thus far: our governments are failing to protect us even though they can. If they couldn’t, rebellion would be both pointless and unjustified.”

Efforts by Indigenous and marginalized communities around the world to reclaim their sovereignty stand as a notable example. “If Native ways of life were truly doomed by natural forces, then it would make more sense to support those people in relocating than in fighting for lost land,” they write. “But that’s not the case. Instead, extractivism remains the larger threat to Indigenous and marginalized people, and catastrophic levels of further extractivism are not a physical inevitability.”

The authors urge their comrades at Extinction Rebellion—and climate activists of all stripes—to remember that while “telling the full truth about the climate emergency is at this point a radical and extremely powerful act, telling the fatalist tale of Deep Adaptation is not.” There are many effective responses to climate change, they say, and many poor and marginalized communities that need immediate support in the face of societal disruption. And to make that happen, “we need democratic political power that can overcome the people and corporations opposed to action on climate change.”