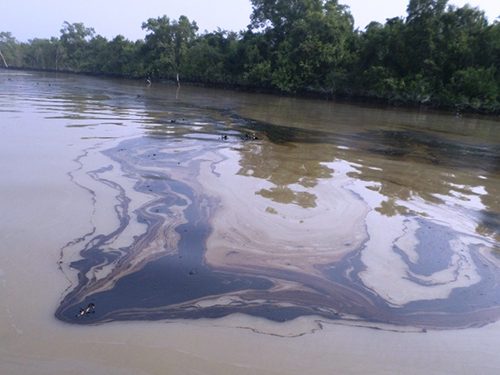 There is “scientifically valid evidence” that toxic pollution seeping from tar sands/oil sands tailings ponds in northern Alberta is contaminating groundwater in the Athabasca watershed, the Commission for Environmental Cooperation (CEC) concluded in an assessment released Thursday.

“Based on the scientific tools used today, the current literature shows that there is strong scientifically valid evidence of oilsands processed water seepage into near-field groundwater around tailings ponds when compared with the first peer-reviewed evidence published in 2009,” the report stated.

The commission, established under the original North American Free Trade Agreement (NAFTA), “launched its probe of tailings ponds after environmental groups, including Environmental Defence Canada, filed a submission in 2017 that accused the federal government of failing to enforce the federal Fisheries Act by not prosecuting oilsands producers over the ‘alleged leaking of deleterious substances’,” CBC reports. Environmental Defence says it undertook the challenge along with the Natural Resources Defense Council and Daniel T’Seleie of the K’ahsho Got’ine Dene First Nation.

While the commission has no power to enforce its rulings, “the factual record produced by the CEC confirms the claims that Environmental Defence and partners made in this case,” and “it is unacceptable that the health and well-being of First Nations are put at serious risk while oil sands operations continue to pollute without punishment,” said the organization’s national climate program manager, Dale Marshall. “Canada must begin enforcing the Fisheries Act to prosecute these oil sands polluters and force them to clean up the over one trillion litres of tailings ponds that have been produced by oil sands operations.”

At the moment, Marshall added, “the federal government says it is preparing regulations that will allow tailings ponds chemicals to be released into the Athabasca watershed, an approach endorsed by the Canadian Association of Petroleum Producers. Instead, the federal government should take action to uphold the Fisheries Act to prosecute oil sands polluters and require the immediate clean-up of tailings ponds.”

Those tailings ponds “collect byproducts from oilsands mining operations—a mixture of water, sand, residual bitumen, and other hydrocarbons that the industry calls ‘processed’ water,” CBC explains. “Many of these byproducts are toxic, and environmentalists have long warned of the risks of leaks from tailings ponds, while the residual oil that covers the ponds can trap migratory birds.”

The CEC report describes tailings water as “an acutely toxic substance containing, among other things, naphthenic acids and heavy metals.”

CBC says it’s been difficult over the years to differentiate contamination from tailings ponds from bitumen that is already in the soil—and the latest report found less evidence that tailings contamination has reached surface waters in the Athabasca watershed. Marshall cited “experimental and monitoring evidence” that tailings chemicals are seeping into freshwater, along with academic research that found the chemical fingerprint of tailings water in the watershed.