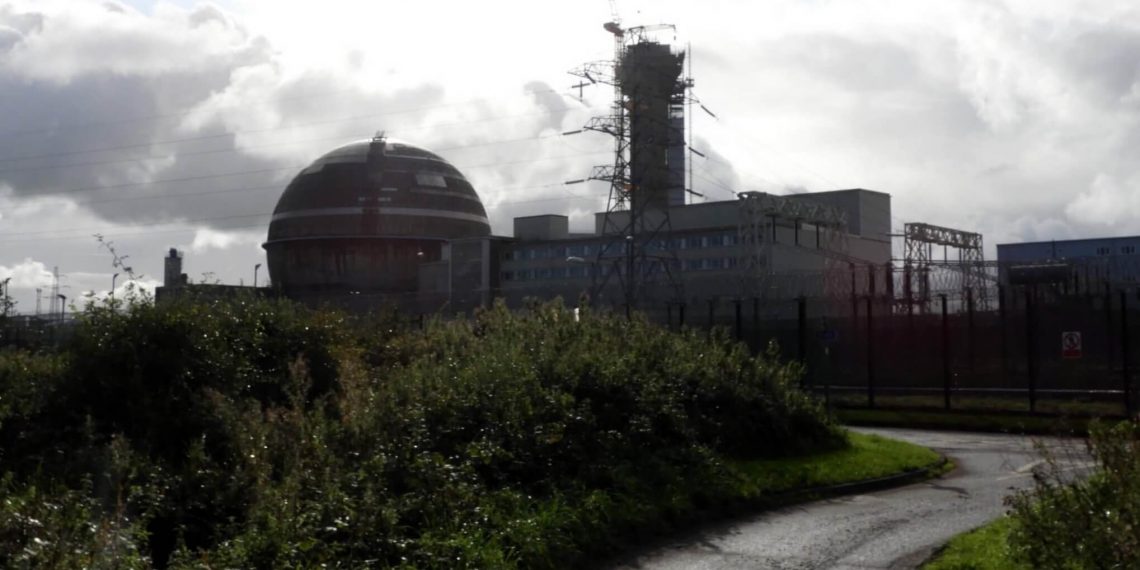 End of the road at Sellafield: Demolition overtakes part of the nuclear plant. Image: By Reading Tom

Plutonium used to be called the world’s most valuable substance. It’s now recognised as a highly dangerous liability.

LONDON, 3 September, 2020 – After 70 years of producing plutonium in reprocessing works the United Kingdom, now with 140 tonnes of it, the largest stockpile in the world, finds it has no use for the metal – and needs to spend £4.5 billion (US$6bn) just to keep it safe.

Having already spent at least that much since the 1950s employing thousands of workers at the Sellafield plant in north-west England to refine the plutonium, the British government has now been told this was a useless endeavour, producing fissile material which, as a security risk, is a burden for future generations.

To cope with the problem the government has now authorised the building of new plants to refine, repackage and store the plutonium for another 140 years, in the hope that some time in the future someone will find a use for it.

Plutonium was once described as the most valuable substance in the world – because with seven kilograms a nation could make a devastating nuclear bomb and become a superpower.

The UK began making plutonium in the 1950s so that it could keep up with the US and Russia in obtaining such a bomb, and since then it has not stopped, although it has earmarked its current stockpile for peaceful purposes.

The plan, once there was enough military plutonium to use for bombs, was to make plutonium-based fuels for electricity production, but the technology has proved too expensive to be viable.

So the plutonium is now a liability, costing more than £300 million a ton to make safe and store. It will be permanently guarded by a special armed police force for the next 140 years to prevent terrorists getting access to it – the additional cost of this 24-hour surveillance being kept secret because it is “a matter of national security.”

Some of the plutonium has been stored for so long that it already needs what is called “emergency repackaging” to keep it safe. Some of it decays into a more radioactive substance, americium-241, which remains a danger for another 300 years.

To avoid immediate danger to workers this plutonium will have to be re-packaged again to meet the standard required for it to enter a new store, so far unbuilt.

Rachel Western, a Friends of the Earth researcher, who obtained a Ph.D studying decision-making in nuclear waste management, said: “It is shocking that after half a century of production of plutonium at Sellafield they have discovered how dangerous it is, so that we are suddenly faced with emergency action.”

One of the extraordinary aspects of this history is that successive governments, both Conservative and Labour, have been warned repeatedly by scientists, engineers and environment groups that the plutonium is a liability, not an asset. Despite that, in the 1990s (having already built up a vast stock of plutonium) ministers authorised the new reprocessing works to begin operations.

After a life of 20 years this reprocessing plant, known as Thorp (the Thermal Oxide Reprocessing Plant), shut down in 2018, and another that has been working since the 1950s is due to close in 2021 – in the meantime still turning out more plutonium that has no end use.

This reporter, who worked for The Guardian newspaper, was assigned to follow Britain’s plutonium story from the 1980s. After a long planning inquiry into the Thorp plant, which was to cost £1.8 billion, a debate broke out on whether the UK needed any more plutonium

The original plan for Thorp was to make money for the UK by reprocessing spent nuclear fuels at Sellafield from around the world to recover plutonium and uranium to re-use in reactors. Everyone outside the industry said that this would be uneconomic, and so it proved. But the government went ahead anyway.

The idea was to make a new fuel called MOX, mixed oxides of plutonium and uranium, to burn in reactors that would provide energy but effectively render the plutonium useless for making weapons.

In order to justify opening the second reprocessing works the government authorised the building of an additional MOX plant, but it never worked properly and was abandoned as a catastrophic financial failure. Despite this, Sellafield continued to separate plutonium.

Papers passed to the Climate News Network show what an expensive legacy this plutonium production line has proved to be.

The Nuclear Decommissioning Authority (NDA), the government body charged with dealing with the UK’s nuclear wastes, said in its 2019 document Progress on Plutonium: “Continued, indefinite, long-term storage leaves a burden of security risks and proliferation sensitivities for future generations to manage.”

It outlined a series of possibilities for using the plutonium, including the already failed alternative of making MOX fuel. In that and future documents these alternatives were discussed and found to be too expensive, unproven or simply impractical, because there were no reactors available to burn the plutonium.

As a result, repacking the dangerously unstable plutonium and then storing it for future generations to deal with is the chosen option until an alternative can be found. The most likely, according to the NDA document, seems to be mixing it with concrete or ceramics and burying it in a deep depository.

Costs are not discussed in that document. However, following a request by the UK’s Public Accounts Committee, an all-party body of members of parliament, the costs of dealing with the plutonium were disclosed by the NDA.

The evidence says in part: “The costs of the programme to manage the indefinite storage of UK-held plutonium are expected to increase between £0.5-£1 billion from the current estimate of £3.5 billion.”

These costs include the current “contingency repack capability” which is code for emergency treatment for old plutonium stores; the building of a new state of the art retreatment plant; and the construction of a giant new store to take all the plutonium. This it is hoped will be ready by 2027, with extensions to be added in 2033 and 2040.

Other documents, also seen by the Climate News Network, explain that one of the problems that Sellafield faces is that plutonium breaks down.

Radioactive substances decay into what are called daughter products, also highly dangerous, that have different properties and in this case dilute the purity of the plutonium. This is why nuclear warheads constantly have to be remade with pure plutonium.

At Sellafield some of this refined plutonium has been left in store for so long that it is regarded as unusable in any form and will have to be disposed of. Other plutonium could be purified for use, if a use could be found.

The documents made clear that the plutonium in these old stores was too dangerous to leave until the new facilities could be built. The NDA’s 2020 annual report said: ”In the last 12 months Sellafield has started to recover some of the most degraded plutonium storage packages, therefore beginning to mitigate one of the more significant challenges associated with storing these materials.”

Sellafield has more than 1,000 empty buildings and nearly 10,000 employees looking after the nuclear waste created since the 1950s. – Climate News Network