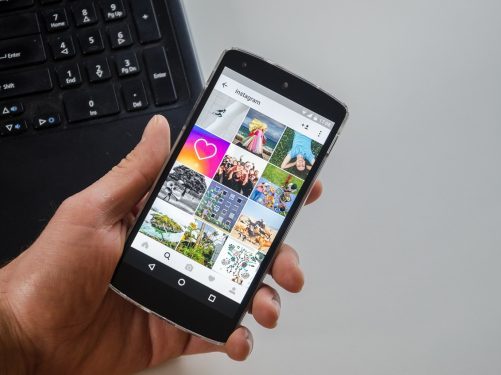 The work of reducing one’s personal carbon footprint has long comforted consumers around the world—even if that footprint, as compared to industrial emissions, has a small effect. Now, revelations that colossal fossil BP played an outsized role in popularizing the very idea of a personal carbon footprint, while simultaneously allowing its own corporate emissions to skyrocket, is making some observers queasy.

Take VYVE, a carbon tracking app that provides both the calculation of an individual’s personal transportation footprint and the means to assuage the accompanying guilt: a simple swipe connects you to “programs that promote biogas in Indonesia, cleaner cookstoves in Mexico, and tree planting in the United Kingdom.” The success of the app, writes Grist, owes largely to BP, through its venture capital funding arm, Launchpad. BP, meanwhile, is “near the top of the list of the highest-emitting companies in the world, responsible for more than 34 billion metric tonnes of carbon emissions since 1965,” Grist notes.

Among those not recoiling at the idea that BP may have be trying to shift attention away from its own activities is VYVE founder Mike Capper. On learning that his Big Oil “angel” has long had a hand in promoting the idea of a personal footprint, even as the company’s own emissions were skyrocketing, Capper told Grist he couldn’t see the problem. “BP’s on the right path with the commitments it’s made and the actions the organization is taking,” he said.

While a recent (and recently undermined) pledge to produce 40% less oil and gas by 2030 shows that BP is at least somewhat inclined to make some changes, it is also “doubling down” on the carbon footprint idea, tweeting a link last October to another calculator it had created: “The first step to reducing your emissions is to know where you stand. Find out your #carbonfootprint with our new calculator & share your pledge today!”

That kind of corporate messaging worries Julie Doyle, a professor of media and communication at the University of Brighton. Championing individual action, even with the best of intentions, can actually impair efforts to implement the systemic and structural changes that are necessary to slow climate change, she told Grist.

The idea, however, has found fertile soil in the U.S., “a country with a strong streak of individualism and belief in the Protestant work ethic, [where] people were more likely to accept this narrative of personal responsibility for a society-wide problem,” said Riley Dunlap, a sociologist with Oklahoma State University.

And BP has been at the game of “what about your emissions problem?” for a while now, Grist reports, cataloging how the company unveiled its first carbon footprint calculator in 2004, and followed that debut with a series of advertisements peppering viewers with questions like “What on earth is a carbon footprint?” and “What size is your carbon footprint?” Google’s word tracking tool shows that “carbon footprint” as a term “soared in popularity after BP’s marketing campaign,” writes Grist.

There is, in fact, a long history of corporations stressing the importance of individual action as a way to distract from their own, exponentially larger polluting ways. Grist notes that the organization behind an infamous 1970s ad featuring a Native American man who cries at seeing litter was funded by two major producers of single-use trash: Coca-Cola and Dixie.

But even if their environmental impact is small, individual efforts to combat the climate crisis could have an important effect. “Social scientists have long argued that ditching plastic straws, bringing reusable bags to the grocery store, and other small steps could be a gateway to getting politically involved,” Grist writes. “There’s also evidence that green habits are contagious; if you get solar panels and drive an electric car, your neighbours are more likely to do the same.”

But some experts see the focus on individual carbon footprints as outright fossil fuel “propaganda.” Grist points to a recent article on Mashable arguing that the emphasis on personal responsibility “subtly shifts the burden of climate change from governments and corporations to individuals.”

Former BP advisor Tom Burke, new chair of the UK environmental think tank E3G, said he suspects fossil funding for initiatives like VYVE is not driven by political machination, but by the desire of younger BP staff to simply “do some good. ” Acknowledging that the oil industry suffers from a lack of public trust, Burke did advise VYVE to be more upfront about its Big Oil backing.