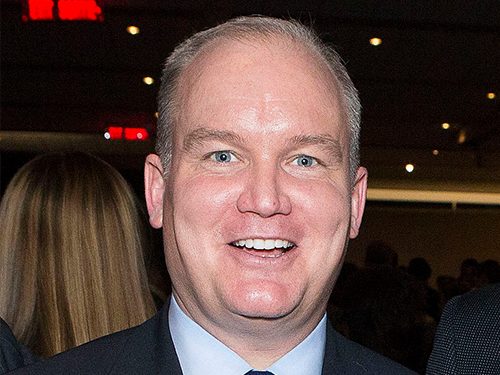 Newly-elected Conservative leader Erin O’Toole will have a harder time delivering on his promise to form a national government if he can’t convince Canadians he cares about climate change and has a plan to do something about it, according to opinion analysts cited in The Narwhal’s explainer on the new leader and his policies.

O’Toole, who won the leadership on a promise of “true blue” conservatism and a “significant boost” from Alberta Premier Jason Kenney, is promising to “fight the carbon tax with every last breath”, build a climate strategy based on market-based measures, and put the cost of greenhouse gas reduction measures on industry rather than having Canadians foot the bill directly, the publication reports. He’s committed to prop up Alberta’s severely challenged fossil sector, scrap the federal legislation that established the new Impact Assessment Act and Canadian Energy Regulator, rescind the federal tanker ban on the north coast of British Columbia, short-circuit environmental reviews for projects considered “national strategic”, and criminalize rail blockades.

“At the same time, he says Canada has the potential to help lower greenhouse gas emissions globally by exporting nuclear technology and liquefied natural gas and investing in carbon capture and storage,” writes freelance reporter Ainslie Cruickshank. “He did not, however, include any specific emissions reduction targets or commit to upholding Canada’s existing pledges.”

While his platform states that “improving the relationship between the government and Indigenous communities must be a top priority,” O’Toole says he’s “not a fan” of the UN Declaration on the Rights of Indigenous Peoples.

The Narwhal points to serious climate impacts in the new leader’s embrace of liquefied natural gas (LNG) as an alternative to coal. While “the combustion of natural gas may produce about half the emissions of coal combustion, that doesn’t consider the life cycle emissions from the production and transportation of natural gas, which releases methane, a much more powerful greenhouse gas than carbon dioxide,” Cruickshank writes.

The next big question is whether O’Toole can win an election with a deeply flawed climate plan when a large proportion of Canadians are still looking to governments for faster, deeper carbon cuts. Despite the pandemic and the economic crisis it triggered, “our data suggests even today that the same number of people say climate change is a crisis that did prior to the pandemic, and I don’t think this issue is going away,” Abacus Data CEO David Coletto told The Narwhal.

That means O’Toole’s challenge is “how do you at once speak to the fears and anxieties of people living in oil-producing parts of the country, while at the same time, make appeals to Quebec and large parts of Ontario that don’t rely on that industry for their well-being and in fact believe we need to be moving faster away from it,” he added. “In a way, the Conservative Party is probably the best able to do that if it really wants to, because it has a level of trust and an affinity with Canadians who live in those regions.” But only if O’Toole can do a better job than former leader Andrew Scheer of convincing voters he actually cares about the issue.

“We can as a country debate which policies are going to best get us there, but if at the start people don’t feel he’s committed to solving the problem, then nothing he says, no policy he puts forward, is going to be taken seriously,” Coletto told Cruickshank.

The Narwhal cites a February, 2020 article in which former Harper advisor Ken Boessenkool pointed to a huge climate policy opportunity for O’Toole in the vote-rich 905 region outside Toronto: A Leger poll for Clean Prosperity found a large pool of potential Conservative voters who didn’t back Scheer in the 2019 election, but would be “more likely to support the party if it had a more credible climate plan,” with a far smaller proportion who said they wouldn’t.

“If Conservatives want to win another national government they are going to have to find ways to win critical seats in the suburban belt around Toronto,” Boessenkool wrote. And one way to get there “is to make climate change a higher priority, and to present a plan to do so.”

Read the rest of The Narwhal’s explainer here.