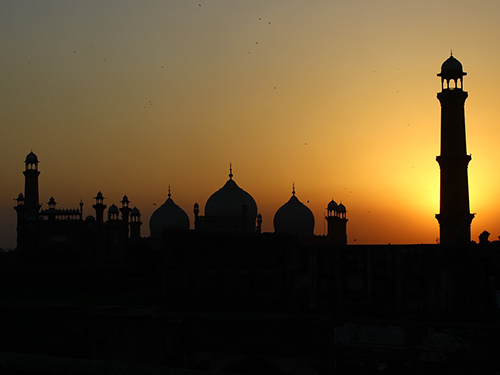 A business-as-usual response to the climate crisis will imperil the well-being of frontier and emerging economies by 2050—particularly in Asia, where the loss of outdoor working hours due to heat stress and humidity alone could remove US$4.7 trillion of the continent’s annual GDP.

Such are the conclusions of the McKinsey Global Institute, which in August released a preview of its coming report on socioeconomic and safety risks in Asia over the next 30 years due to climate change.

“The Earth’s climate is changing after more than 10,000 years of relative stability, and Asia is on the front line,” the report states. “As Asia seeks to grow its economy—and remain a key source of growth for the world—climate is thus a critical challenge that the region will need to manage.”

The continent is a juggernaut of the R&D that is critical to many commercial sectors, McKinsey notes, holding “more than 75% of global capital stock that could be damaged from riverine flooding in a given year.”

The full McKinsey report will focus on “inherent” risk—meaning, risks Asia will face if there is no mitigation or adaptation. The authors say they chose a “business-as-usual” path—the UN’s RCP 8.5 scenario—because it allows them “to assess the full inherent physical risk of climate change in the absence of further decarbonization.” The authors acknowledge that some climate scientists consider RCP 8.5 increasingly implausible thanks to peak coal and the declining cost of renewable energy, but point to a more recent study that defends the scenario as an essential picture of a possible future.

Among the particular climate hazards that McKinsey forecasts for Asia under an RCP 8.5 scenario are typhoons of increasing ferocity, extensive and lengthy droughts, and—perhaps most dangerous—extreme heat stress.

“Large cities in parts of India, Bangladesh, and Pakistan could be among the first places in the world to experience heat waves that exceed the survivability threshold,” that is, the point where humans cannot cool themselves sufficiently even in shade, McKinsey writes. According to the NOAA heat index, an air temperature of 34°C combined with 80% humidity, or an air temperature of 42°C at 40% humidity, will produce a lethal heat index reading of 54°C. With such a reduction in the number of hours people can work outside—on farms, for example—combined with the heat, flood, and drought effects on the biome, the impacts on food security could be disastrous. In just two Asian countries, “the annual probability of a yield decline of 10% or more for four major crops (rice, corn, wheat, and soy) is expected to increase from 12% today to 39% by 2050 for India, and from 40% to 53% for Pakistan.”

The socioeconomic losses would be enormous, write the authors. “By 2050, on average, between $2.8 trillion and $4.7 trillion of GDP in Asia annually will be at risk from a loss of outdoor working hours because of increased heat and humidity; that accounts for more than two-thirds of the total annual global GDP impact.”

Among the 16 countries studied, the hardest hit will be Bangladesh, India, and Pakistan. These “rapidly urbanizing economies” could experience “extreme increases in heat and humidity, which may significantly affect workability and livability,” putting 7% to 13% of their GDP at risk by 2050. The emerging economies of Cambodia, Indonesia, Laos, Malaysia, Myanmar, the Philippines, Thailand, and Vietnam likewise stand to suffer significantly, with between 8% and 13% of GDP at risk in an average year.

In both frontier and emerging Asian economies, the analysis shows that “the poor will be hit hardest,” the report states. Which means that, with many regions in Asia “still building out large parts of their infrastructure and rapidly urbanizing,” countries “will need to ensure that climate risk is embedded into forward-looking capital and urban planning decisions.” Given China’s role “in regional and global trade, and the potential exposure of many of its industries and geographies,” both domestic and foreign companies “will need to pay particular attention to increasing resiliency in supply chains,” the authors add.