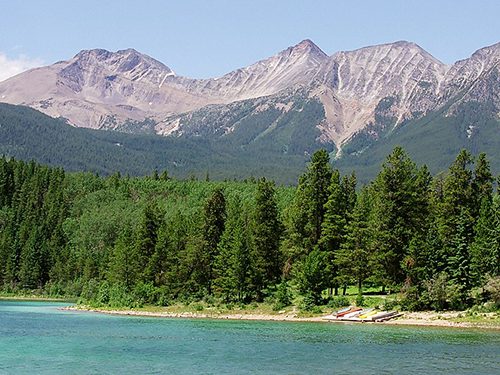 The company behind the Vista coal mine is calling for a judicial review of Environment Minister Jonathan Wilkinson’s decision to order an environmental assessment of its controversial plans to expand its operations.

“Injecting politics into a rule-driven process that had been until now guided by well-understood federal and provincial assessment regimes is wrong,” Coalspur Mines Ltd. said last Friday night, adding that the mine’s owner, U.S. coal behemoth Cline Group, had invested more than C$700 million on the assumption the project would only be subject to a provincial environmental assessment in Alberta.

Wilkinson earned praise at the end of July for his decision to review two proposals that would double or triple the amount of coal Vista produces and exports each year, mostly to Asia. Combined, the mine expansions near Hinton, in the Rocky Mountain foothills of Alberta, would increase the mine’s output by 20,000 tonnes per day and increase its size by 49.7%, he told the Globe at the time.

The minister had previously opted not to subject the mine to a federal review, but reversed himself after intense pushback from the Louis Bull Tribe, the Stoney Lakoda Nation, and Ecojustice.

The two side-by-side proposals, one of them filed just a couple of months ago, “would lead me to be concerned that this is, perhaps, an exercise in project-splitting for the purpose of avoiding a federal assessment,” Wilkinson said. “When we saw the second project come forward, we looked at the two—as we should in the context of the overall increase in the production of coal and the environmental impact—and made the determination that we really should be thinking about the two as a single project.”

Earlier in the month, Ecojustice lawyer Fraser Thomson said if any project warranted federal review, this was the one. “If you are a proponent planning to build an expansion in Canada, you would obviously be following what Coalspur is doing, and if you wanted to avoid an impact assessment, you would probably replicate that,” he told The Mix in a feature interview. “But the Minister has powers under the Impact Assessment Act reserved for exactly this kind of situation when a project slips through the cracks. Those powers are built into the Act as a safety net. So when you have a proposal for such a massive mine extracting one of the most dangerous commodities to our climate, it seems the Minister has to use these powers. If not now, when?”

That didn’t stop Coalspur from accusing Wilkinson of caving to “political activists” and overstepping his jurisdiction when he decided to review the project.

“Coalspur noted in its application that no provincial environmental impact assessment report for the first part of the expansion was necessary under Alberta Energy Regulator (AER) rules because it is located within the footprint of the existing mine,” the Globe and Mail writes. “Coalspur also argued that when Mr. Wilkinson changed his mind and slapped a designation order on the mine expansion, he failed to explain how environmental issues that fall under federal jurisdiction—including species at risk, fish habitats, and Indigenous peoples—will be affected by the project.”

With those actions, “the minister acted unlawfully, unreasonably, and unconstitutionally,” presenting “an irrational chain of analysis that cannot be justified based on the facts and the law, including the constitutional division of powers,” the company claimed.