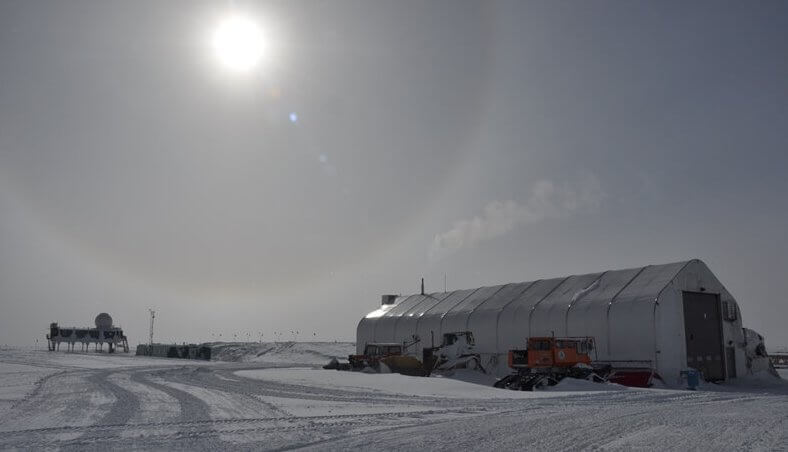 Greenland’s ice loss tipped a new record last year. This ominous milestone is just the latest in a run of alarming news.

LONDON, 24 August, 2020 – Its icecap is now smaller than at any time since measurements began: Greenland’s ice loss means it lost mass in 2019 at a record rate.

By the close of the year, thanks to high summer melt and low snowfall, the northern hemisphere’s biggest reservoir of ice had shed 532 billion tonnes into the sea – raising global sea levels by around 1.5mm in a year.

The previous record loss for Greenland was in 2012. In that year, the island lost 464 billion tonnes, according to studies of satellite data published by European scientists in the journal Communications Earth and Environment.

Greenland’s ice cap has been shrinking, if unsteadily, for many years. In 2017 and 2018, the losses continued, but only at around 100bn tonnes a year.

“After a two-year breather, the mass loss increased steeply and exceeded all annual losses since 1948, and probably for more than 100 years,” said Ingo Sasgen of the Alfred Wegener Institute in Bremerhaven, Germany, who led the study.

“There are increasingly frequent, stable high-pressure areas over the ice sheet, which promote the influx of warm air from the middle latitudes. We saw a similar pattern in the previous record year, 2012.”

“The ice sheet has lost ice every year for the past 20. If everyone’s alarm bells were not already ringing, they must be now”

He and colleagues made their calculations from data delivered by two Nasa satellites, GRACE and GRACE-FO, that measure changes in the surface gravity of the planet: a way of calculating the mass of water stored as ice, or in aquifers, and observing sea level change.

The finding is the latest in a succession of polar climate alarms. It follows closely on a warning from US scientists that ice loss from Greenland may  have reached the point of no return.

And it also follows a sober calculation of the alarming rate of planetary temperature rise in response to ever-higher use of fossil fuels that trigger ever-higher measures of greenhouse gases in the atmosphere.

And that in turn followed a warning that the entire Arctic was now warming so swiftly that the Arctic sea ice might be all but gone in the summer of 2035.

And that was only days after another research team, looking at the big picture of climate change, warned that the scenario climate forecasters liked to use as an example of their “worst case” was now a simple description of what was already happening.

“It is devastating that 2019 was another record year of ice loss. In 2012, it had been about 150 years since the ice sheet had experienced similar melt extent, and then a further 600-plus years back to find another similar event,” said Twila Moon, of the University of Colorado at Boulder, who was not involved in the research.

Damage off the scale

“We have now had record-breaking ice loss twice in less than 10 years, and the ice sheet has lost ice every year for the past 20. If everyone’s alarm bells were not already ringing, they must be now.”

The implications of continued loss of Greenland ice have been explored repeatedly: the run-off of fresh water from the ice cap to the sea is now so great that the North Atlantic is now “fresher” than at any time in the last 100 years.

And this change in water temperature and chemistry could – on the evidence of the distant past – possibly slow or switch off the circulation of the North Atlantic current, which for most of the history of human civilisation has kept the United Kingdom and north-western Europe from five to 10°C warmer than similar latitudes elsewhere.

“This tipping point in the climate system is one of the potential climate disasters facing us,” said Stuart Cunningham of the Scottish Association for Marine Science, commenting on the study.

“To transform the way we power, finance and run the world in the way we know we should is proving entirely beyond us,” said Chris Rapley, now a climate scientist at University College London, but once director of the British Antarctic Survey.

“Torpor, incompetence and indifference at the top may kill people in a health crisis, and torpedo the careers of young students in an education crisis; but the damage they are generating in the pipeline from climate change is on another scale.” – Climate News Network