Greenland is losing more ice than it gains annually 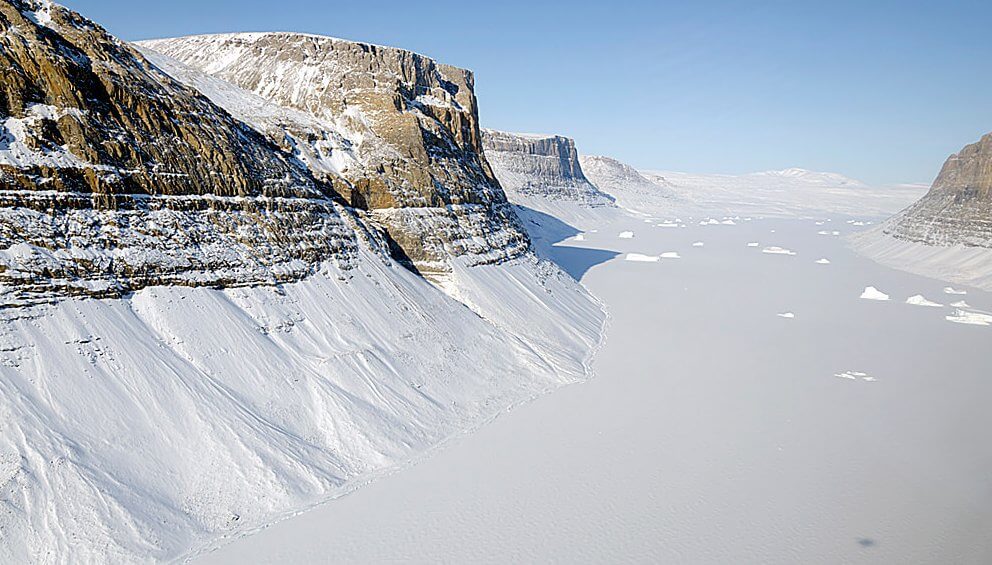 A glacier in northern Greenland

The ice lost to the sea annually off Greenland is now more than the snow falling on the island. This is a tipping point.

LONDON, 18 August, 2020 – The loss of ice from Greenland may have reached the point of no return. The island’s glaciers have dwindled and retreated so much that annual snowfall can no longer replace the lost ice.

New studies confirm that between 1980 and the year 2000, the island – the biggest single store of ice in the northern hemisphere – lost on average 450 billion tonnes of ice each year from its glaciers. This is about what falls as snow and stays on the island’s surface each year.

And then 20 years ago the rate of melt – already speeding up – accelerated again. The glaciers are now spilling more than 500 billion tonnes of ice into the seas. But snowfall has not increased.

And US scientists warn, in the normally guarded language of science, of a “switch to a new dynamic state of sustained mass loss that would persist even under a decline in surface melt.”

The scientists base their new conclusions on a careful re-examination of 40 years of satellite observations to check the rates of snowfall and ice loss. “What we’ve found is that the ice that’s discharging into the ocean is far surpassing the snow that’s accumulating on the surface of the ice sheet,” said Michalea King of Ohio State University, who led the research. .

The news, in the journal Nature Communications Earth and Environment, is alarming but hardly surprising. In December researchers warned that – even to begin to arrest the melting of a store of ice big enough to raise global sea levels by up to seven metres the world would have to take immediate and drastic steps to halt global heating.

Researchers have found that surface melting is at a rate that has begun to make the glaciers more unstable. They have confirmed that the rate of melt is accelerating so swiftly that the bedrock beneath the weight of ice has begun to rise, while a range of other climate change triggers has begun to darken the ice cover in ways that can only increase the absorption of heat and step up the rate of melt.

The latest evidence is that the world has passed a tipping point of sorts: once such things happen, there is no way back.

All icecaps melt in summer, and all icecaps are drained by glaciers, rivers of ice that make slow progress to the sea. In a stable climate, annual precipitation and annual glacier calving remain more or less in balance, and the icecap functions as its own refrigerant. The whiteness of the ice reflects sunlight back into space and insulates itself against significant loss.

But as the air and oceans warm in response to ever higher levels of greenhouse gases pumped into the atmosphere as nations continue to burn ever more coal, oil and gas, the rates of melt became more dramatic and the glaciers began to flow ever faster: one of them was clocked at 45 metres a day.

The message of the latest research is that, even if somehow humans could immediately halt climate change, the ice likely to be lost as the glaciers reach the sea would still be greater than the accumulation of ice on the surface each winter.

“Glacier retreat has knocked the dynamics of the whole ice sheet into a constant state of loss,” said Ian Howat, a co-author at Ohio State University. “Even if the climate were to stay the same or get a little colder, the ice sheet would still be losing mass.” – Climate News Network