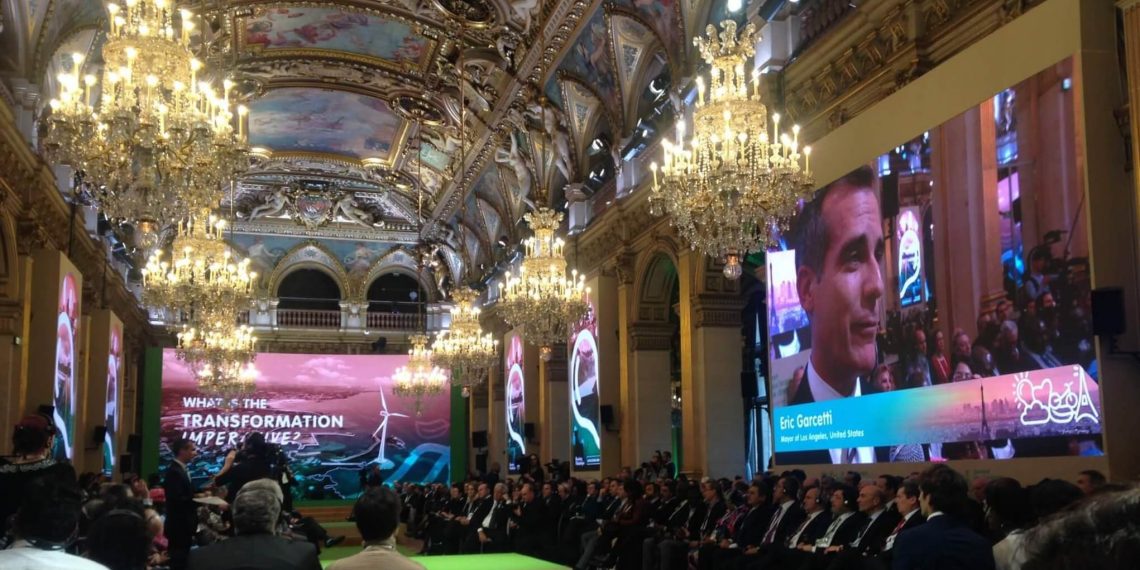 The Paris climate talks: on the way to a safer world? Well

The 2015 Paris climate treaty is the only global step to tame the crisis. Now London says it does not apply within the UK.

LONDON, 14 August, 2020 − The United Kingdom was one of the 195 countries which signed up to the 2015 Paris climate treaty, the global attempt to limit the climate crisis. More than that, it was one of the most energetic and enthusiastic backers of the Paris Agreement, the treaty’s formal title.

So you may be surprised to learn that the British government has just told a climate campaign group, Plan B, that the Paris Agreement does not apply to the domestic law of the UK, and is therefore irrelevant to government policy on how to rebuild the country’s economy after the chaos caused by the Covid-19 pandemic.

The announcement comes in an email (dated 7 August, but released only five days later) from the Treasury Solicitor, the head of the government’s legal department.

It is a reply to a letter sent by Plan B on 7 July to the prime minister, Boris Johnson, about official plans to meet the climate emergency, and specifically how the UK should restore the economy after the ravages of Covid.

In it Plan B undertook to start legal action against the government unless it provided a clear explanation of how its Covid recovery programme would support the UK’s target of a net zero carbon economy, and also agreed that all government programmes would be compatible with its policy commitments to the Paris Agreement temperature rise limit of 1.5 ̊C.

The group’s director, Tim Crosland, wrote: “Treating the climate emergency as a ‘competing priority’ to Covid recovery is a catastrophic error, which must be quickly corrected to avoid tragic consequences.”

The government has now replied to Plan B’s threatened legal action by defending its decision to ignore the Paris Agreement in its decision to  continue to support the present carbon-based economy, claiming there is no legal obligation on it to take the Agreement into account.

“If the Paris Agreement does not apply now, then when?”

On the UK’s 2015 undertaking to work to limit greenhouse gas emissions, the Treasury Solicitor writes: “The Paris Agreement is an unincorporated international treaty which, in the context of the English dualist legal system [one which treats international and domestic systems of law as separate and independent], has no direct effect in domestic law.”

Plan B undertook an earlier legal battle over expansion proposals for London’s Heathrow airport, where the government argued that the Paris Agreement was irrelevant. In February the Court of Appeal disagreed with that assessment, and the government’s plans were ruled unlawful.

On 4 March, Boris Johnson told Parliament that the government would ensure that it did abide by that judgment and take account of the Paris convention. Tim Crosland says: “It seems that does not apply to billions of pounds of public money being provided to companies such as RyanAir, Easyjet, Rolls-Royce and Nissan.

“Instead of addressing the evidence that its bailouts for polluters will lock us into a disastrous trajectory towards 4˚C warming, risking billions of human lives, the government is hiding behind legal arguments to claim that it isn’t legally required to take that into account.

‘That is not just reckless. It is a fundamental breach of the social contract. It is the basic responsibility of the government to safeguard its people.

“Nor does the government show any concern for the discriminatory impact of its catastrophic trajectory, which will hit hardest the younger generation, racially marginalised communities, and the Global South. Its primary concern is appeasing its corporate sponsors

“This has to be stopped. We will now begin work on filing our claim with the court.”

Jerry Amokwandoh worked with the Rhodes Must Fall movement in Oxford. He said: “Unconditional bailouts that contribute to the biggest pandemic of them all prove that our lives do not matter, the lives of my family in Ghana do not matter and an inhabitable world doesn’t matter. If the Paris Agreement does not apply now, then when?” − Climate News Network