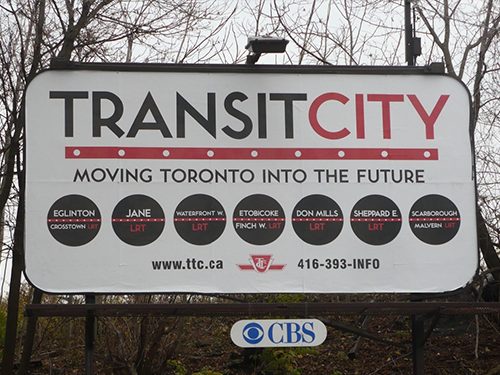 After agreeing long ago to donate land so that Toronto’s impoverished but determined-to-flourish Jane-Finch neighbourhood could build a cultural and community hub, transit agency Metrolinx is being excoriated for betraying its promise—a decision that seems to reflect the persistent appearance that, in the minds of policy-makers, Black lives don’t matter all that much, after all.

The move is hardly a surprise, writes Toronto Star columnist Royson James. “That is what my great Jane-Finch friends deal with all their lives.”

Describing the area as “an amazing community of hard-working people, sharing an eclectic mix of bungalows, single-family homes, semis, townhouses, and apartment buildings,”

James sketches a damning map of the disparity between public investment in rich, predominantly white, neighbourhoods like Willowdale, compared to Jane-Finch (60% immigrant and 80% non-white) and other “forgotten or compromised spaces.”

Tracing the “odious” story of Metrolinx’s betrayal of the city’s most needy—and deserving—neighbourhood, James describes how determined citizens of Jane-Finch took up the playbook of their far more privileged peers in places like North York. They lobbied the transit agency for a permit to build a precious community space on the last sliver of empty land that will remain after construction of a planned 100,000-square-foot maintenance yard for the agency’s LRT expansion, due to be up and running by 2023.

The bid was accepted, and Jane-Finch began to plan a multipurpose space that would serve the community and nurture a sense of inclusion and civic pride. Then, suddenly, Metrolinx discovered that the promised real estate had a market value of between C$7 and $9 million. In a “stomach-turning abandonment” of the plan, the Ontario transit agency decided to instead sell the land to the highest bidder.

“The world is growing wise to what systemic anti-Black racism looks like—in all its ugly forms,” writes James. “And the LRT fiasco on Finch is so clearly among the ugliest.”

That $7- to $9-million windfall for Metrolinx comes at a price to the public, he adds: “Consider the costs of police, courts, detention centres, jails, hospitals, and grief counsellors to manage the carnage of urban blight.”

In a separate report, the Star writes that Metrolinx has tried to “walk back and clean up its position” since the news of its broken promise hit the airwaves. It’s blaming the initial decision to donate the land on a procedural lapse and suggesting a community hub will be built somewhere else in the area, “perhaps through its ‘Transit Oriented Communities’ program that could see any sale of the land made contingent on the developer including a community hub in its plans.”

But “the damage has been done,” says James, noting that such a breach of trust is hardly the first from an agency that has grown notorious for seeming to care very little for the poorer neighbourhoods it touches—except as ground upon which to lay down its tracks, en route to somewhere else.