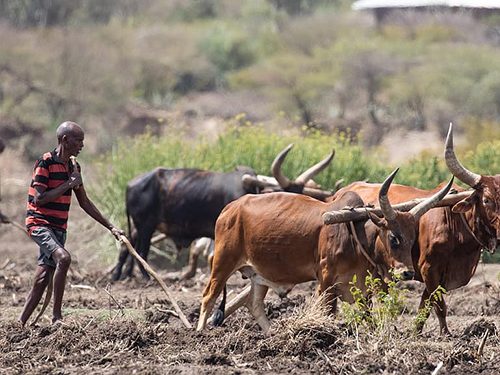 While a carbon border adjustment looks reasonable at face value as a way to encourage faster, deeper carbon cuts, the approach will fail the equity test in the 2015 Paris Agreement if it puts the onus on developing countries to curtail fossil fuel use the developed world has worked hard to promote.

That’s the conclusion of a recent analysis for MIT Technology Review by Arvind P. Ravikumar, director of the sustainable energy development lab at Harrisburg University of Science and Technology in Pennsylvania.

“In the simplest terms, a carbon border adjustment is a tax on imported goods such as steel or cement, where the amount of tax depends on the carbon emissions associated with producing those goods,” Ravikumar explains. The European Union is set to impose a carbon border adjustment on imports in 2023, and several U.S. organizations and former Democratic presidential candidates have also promoted the idea.

That assessment goes back to a history of fossil fuel dependence in developing countries that in turn traces to “post-World War global dominance by the West in economic, political, and financial spheres,” he writes. “Until very recently, international organizations like the World Bank Group provided financing to expand fossil fuel infrastructure, including coal-fired power plants, in developing countries.” And those investments “lock developing countries on a trajectory of emissions-intensive development for decades to come.”

Against that backdrop, “to actively promote such fossil fuel development and then punish developing countries for emissions through carbon border adjustments is, at best, hypocritical,” Ravikumar writes. “It’s also unjust. After all, these same forces of globalization helped the developed world shift manufacturing and outsource its associated pollution burdens to China and other developing countries.”

That means a carbon border tax amounts to a repeat of the “colonial practice” of transferring wealth from developing to developed countries, he says. “Without due consideration to historical harms, carbon border adjustments perpetuate a cycle in which the developing world suffers for the actions of the developed one.”

Ravikumar points to the United States’ 2016 use of trade sanctions against solar panels from India as an example of penalizing developing countries for their emissions.

“If the goal truly is to reduce global carbon emissions, climate policy should focus on offering positive reinforcement and building capacity in developing countries instead of imposing punitive measures like carbon border adjustments,” he says. “The bedrock principle for effective global action on climate change must be climate-focused wealth transfers,” beginning with the recognition that the UN Green Climate Fund is a good start but not nearly adequate to get the job done.