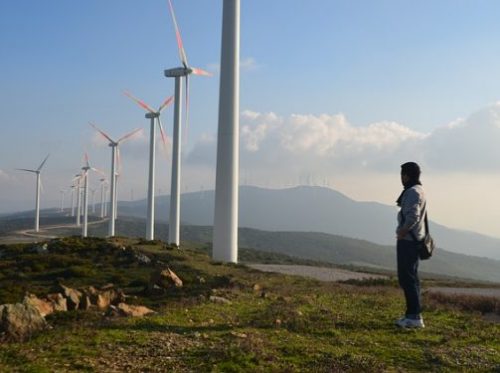 China’s most colossal fossil is investing some of its winnings in renewable energy after selling off US$38 billion worth of pipelines, after concluding it can make more money by switching technologies.

Some of the proceeds from PetroChina Company Ltd.’s recent sale will go to dividends, debt repayment, and ongoing oil and gas operations, Bloomberg reports. But some of the funds will be directed to a “transformational development of the company to a green and low-carbon model,” said Wei Fang, PetroChina’s head of investor relations.

“The move underscores how growing concern about climate change and plummeting costs of renewable energy are reshaping the future for global oil and gas giants,” Bloomberg writes. “While European majors such as Total SA and Royal Dutch Shell plc have been investing in clean energy for years, China’s fuel champions have until now mostly stuck to their core businesses.”

While details are still scarce, PetroChina is expected to focus the new effort on wind, solar, geothermal, and hydrogen. “The company expects the new lines of business to bring back returns on equity that are higher than the 7-9% its pipelines segment was bringing in,” the news agency adds, citing an analyst’s July 24 research note.

“It’s recognition that the world is changing and they have to start thinking about life beyond just oil and gas,” said Hong Kong-based analyst Neil Beveridge. “What that means in terms of specifics, we don’t know at this point.”

PetroChina is still the country’s biggest natural gas supplier, and Beveridge thinks that’s a smart move, with the government committed to increasing gas from 8% to 15% of total energy use. “The growth potential for gas is enormous,” he told Bloomberg. “Switching from coal to gas is one of the easiest ways to decarbonize the energy mix today, and that’s a lever that China’s pulling.”