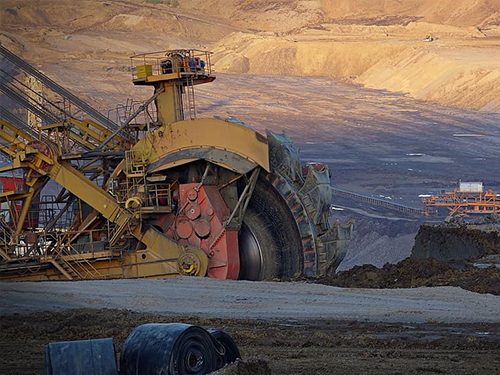 The decision by coal giant Peabody Energy to cut the declared value of the United States’ biggest coal mine by US$1.42 billion is an acknowledgement that “thermal coal mines in the U.S. have little value anymore and not much of a future,” the Institute for Energy Economics and Financial Analysis (IEEFA) writes in an assessment of the August 5 announcement.

The decision by the world’s biggest privately-held coal producer reduces the asset value of the North Antelope Rochelle mine in Wyoming’s Powder River Basin by 22%, IEEFA writes. It was the biggest loss the company had ever reported, on a mine that accounted for about 12% of U.S. coal production last year, Bloomberg reports.

The mine “has about 19 years of reserves, but with utilities increasingly shifting away from coal, the company may now be recognizing that its supply will outlive demand,” the news agency adds, citing Bloomberg Intelligence mining analyst Andrew Cosgrove.

“They might have cut the mine life in half,” Cosgrove said. “There really is no respite in sight, and the bottom for coal demand continues to remain elusive.”

Three years ago, Peabody emerged from bankruptcy after offloading about half of its $10.1-billion debt load, IEEFA recalls. At the time, CEO Glenn Kellow claimed the company was “well positioned to create substantial value for shareholders and other stakeholders over time.” Since then, the company’s stock value has fallen from $27.25 on April 4, 2017 to $2.90 on August 5, 2020—a “comeback” that cost shareholders nearly 90% of what they’d invested in the company.

Now, “Peabody’s North Antelope Rochelle write-down is simply a reflection of the new reality in U.S. coal mining that has been evident almost since the moment the company came out of bankruptcy,” IEEFA writes. “The industry continues to be battered by rapid structural decline driven by low gas prices, the low and falling cost of building wind and solar power generation, and sweeping initiatives by utilities and corporations to cut emissions.”

Peabody said as much in the earnings release in which it announced the write-down, IEEFA notes. “Driven by changes in multiple assumptions, including lower long-term natural gas prices, timing of coal plant retirements, and continued growth from renewable generation,” the company wrote, “coal’s share of the U.S. generation mix will continue to be lower than prior year levels.”

“It’s fair to say, especially with our U.S. thermal operations, that we have some headwinds,” Kellow understated.

But while “an orderly retreat would make sense,” adds data analyst Seth Feaster, “the  growing probability is that the collapse of U.S. coal mining will be disorderly, resulting in bankruptcies that end in liquidation, abrupt mine closures, the abandonment of cleanup obligations, and possibly the financial collapse of some bonding companies that are supposed to be the backstop for those liabilities,” as what was once a slow-moving financial catastrophe gains momentum.