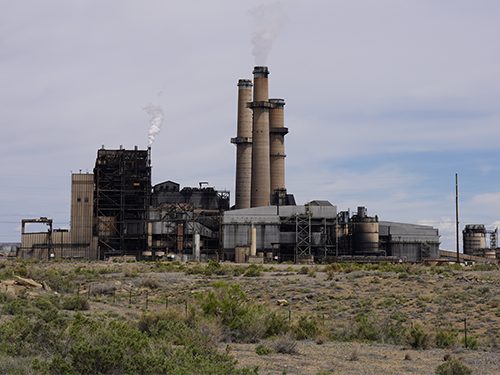 New Mexico is emerging as a promising model for governments aiming to phase out coal without leaving behind the households and communities that depend on coal industry jobs, after an Albuquerque-based private utility decided to divest its share of the 925-megawatt San Juan coal plant in 2022 and invest in 650 MW of solar generation and 300 MW of battery storage.

The state is aiming for a fast shift that recognizes the transition challenge for coal communities and sidesteps the short-term temptation to replace coal with gas, Greentech Media reports.

“If you’re a utility going through the same sort of transition that we are in New Mexico, you should look very closely at whether any of that replacement generation should come from gas,” Governor Martin Heinrich told Greentech in an interview. “You don’t want to be in a position where you end up replacing one stranded asset with another.”

But Henrich “also cautioned that buying clean energy is not enough,” Greentech adds. “The energy transition must include investment and economic planning to reinvigorate the areas hit by coal retirements.”

New Mexico is one of several U.S. states that have adopted clean electricity targets, and its plan “included language about financing early coal-plant retirements in ways that save money for utility customers and allocating millions of dollars to support the coal communities in transition,” the industry newsletter states. That matters, because “the northwestern corner of the state hosts New Mexico’s three active coal plants: San Juan, Four Corners, and Escalante. The density of the coal work force there makes for a challenging economic transition.”

“This is going to be hard,” Heinrich told Greentech reporter Julian Spector. “I’m not one of those folks that tries to oversell the fact that we’re going to be dealing with such a job loss that’s concentrated in one community.”

While the first part of the solution is to build as much new energy as possible in hard-hit coal communities, the higher operating efficiency of solar and battery storage means they can’t replace all the lost jobs one for one. That means the training available in a job transition plan has to go beyond energy industries.

“Your economic development policy, it’s wise to diversify that, and not be reliant on any single economic driver for a community,” Heinrich said.

The other key cornerstone of the plan is a just transition process that keeps affected communities in the conversation. “Get everybody at the table,” Heinrich told Spector. “This is not a culture war. This is about embracing jobs of the future and cleaning up our air.”