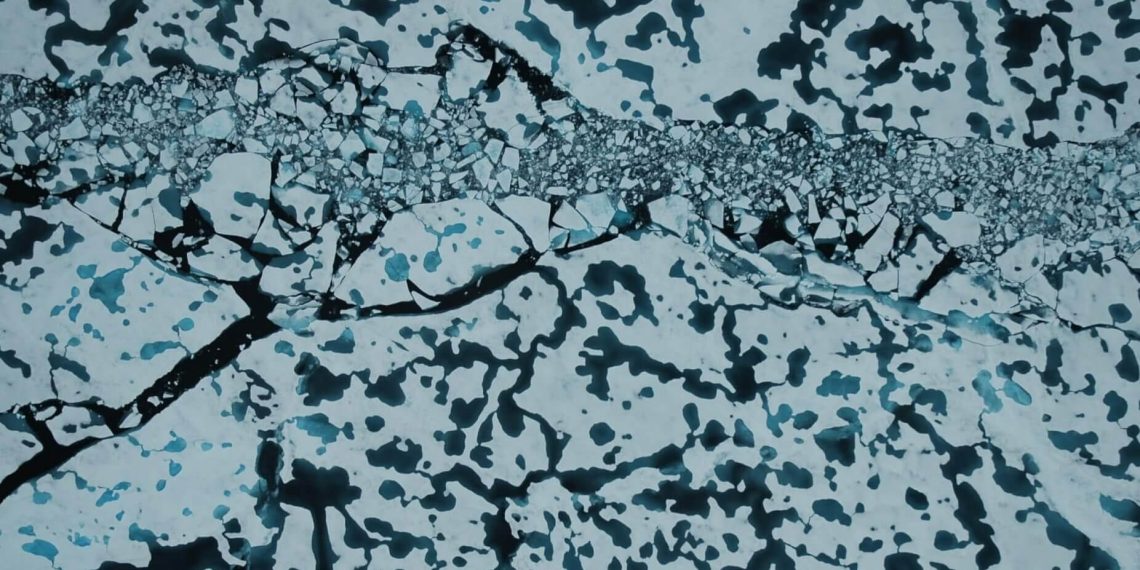 How soon will the northern polar ocean be ice-free? New research expects the end of Arctic sea ice by 2035.

LONDON, 11 August, 2020 − The temperature of the Arctic matters to the entire world: it helps to keep the global climate fairly cool. Scientists now say that by 2035 there could be an end to Arctic sea ice.

The northern polar ocean’s sea ice is a crucial element in the Earth system: because it is highly reflective, it sends solar radiation back out into space. Once it’s melted, there’s no longer any protection for the darker water and rock beneath, and nothing to prevent them absorbing the incoming heat.

High temperatures in the Arctic during the last interglacial – the warm period around 127,000 years ago – have puzzled scientists for decades.

What is striking about the latest research is the date it suggests for a possible total melt − 2035. Many studies have thought a mid-century crisis likely, with another even carefully specifying 2044 as the year to watch. So a breathing space of only 15 years may surprise some experts.

During spring and early summer shallow pools of water form on the surface of the Arctic sea ice. These “melt ponds” help to determine how much sunlight is absorbed by the ice and how much is reflected back into space. The new Hadley Centre model is the UK’s most advanced physical representation of the Earth’s climate and a critical tool for climate research, and it incorporates sea ice and melt ponds.

The researchers report their findings in the journal Nature Climate Change. Using the model to look at Arctic sea ice during the last interglacial, they concluded that the impact of intense springtime sunshine created many melt ponds, which played a crucial role in sea ice melt. A simulation of the future using the same model indicates that the Arctic may become sea ice-free by 2035.

The joint lead author of the team is Dr Maria Vittoria Guarino, an earth system modeller at the British Antarctic Survey (BAS) in Cambridge. She says: “High temperatures in the Arctic have puzzled scientists for decades. Unravelling this mystery was technically and scientifically challenging. For the first time, we can begin to see how the Arctic became sea ice-free during the last interglacial.

“The advances made in climate modelling mean that we can create a more accurate simulation of the Earth’s past climate which, in turn, gives us greater confidence in model predictions for the future.”

Dr Louise Sime, the group head of the palaeoclimate group and joint lead author at BAS, says: “We know the Arctic is undergoing significant changes as our planet warms. By understanding what happened during Earth’s last warm period we are in a better position to understand what will happen in the future.

“The prospect of loss of sea ice by 2035 should really be focussing all our minds on achieving a low-carbon world as soon as humanly feasible.”

Dr David Schroeder from the University of Reading, UK, who co-led the implementation of the melt pond scheme in the climate model, says: “This shows just how important sea ice processes like melt ponds are in the Arctic, and why it is crucial that they are incorporated into climate models.”

The extent of the areas sea ice covers varies between summer and winter. If more solar energy is absorbed at the surface, and temperatures rise further, a cycle of warming and melting occurs during summer months.

When the ice forms, the ocean water beneath becomes saltier and denser than the surrounding ocean. Saltier water sinks and moves along the ocean bottom towards the equator, while warm water from mid-depths to the surface travels from the equator towards the poles.

Scientists refer to this process as the ocean’s global “conveyor-belt”. Changes to the volume of sea ice can disrupt normal ocean circulation, with consequences for global climate. − Climate News Network