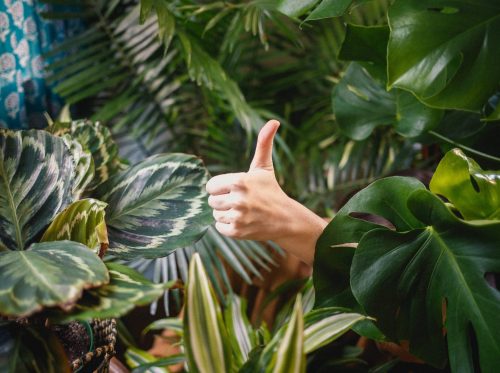 People are more likely to pay more for energy-efficient appliances, take public transit, or use reusable shopping bags and mugs if they’re feeling proud of the actions they’ve taken to protect the environment, rather than guilty about not doing enough, a team of researchers from Columbia University concludes in a recent study.

The advantage of positive versus negative emotions “links up with what we know about human self-perception,” she explains. “Having a positive self-image about who we are and what we do is a fundamental human need,” and those feelings “can then provide us with the energy and mental resources to engage in difficult problems, or to ‘give to others’.”

Guilt can also be a “powerful motivator for action; the feeling of wanting to ‘make up’ for something can lead to reparative action.” But “it’s important to distinguish here between guilt that arises internally, and guilt that’s externally induced,” Schneider says. “If we feel guilty about failing to recycle our plastics or adopt a vegetarian diet, we might be motivated to engage in reparative action. But if someone buttonholes us over dinner and tries to make us feel bad about our lifestyle choices, the picture might look very different; we might become defensive and try to justify our actions, which drives us further away from changing the way we behave.”

Schneider summarizes a series of studies that connect a more optimistic, positive self-image with different types of prosocial behaviour, like charitable giving and less discriminatory attitudes. She says the link appears to transcend cultures, and a positive self-image can also “create a flywheel effect, in which the resulting prosocial behaviour sends a social signal to others. If others discriminate less, we are less likely to do so; if people in our social groups recycle more and watch their carbon footprint, we are more likely to do so. Getting a critical mass to ‘join in’ and acknowledging problems can, over time, help to shift norms—which are drivers, not just inhibitors, of human behaviour.”

But that critical mass may depend on how campaigners frame the issue. “Instead of focusing on ‘doom and gloom’ messaging that zooms in on people’s shortcomings and risks alienating them,” she writes, “policy-makers and strategists might find that positive messaging, speaking to people’s positive sense of self, might be a more powerful lever of behavioural change.”

Utility-Scale Battery Project Could Be ‘Game-Changer’ for Alberta Utility