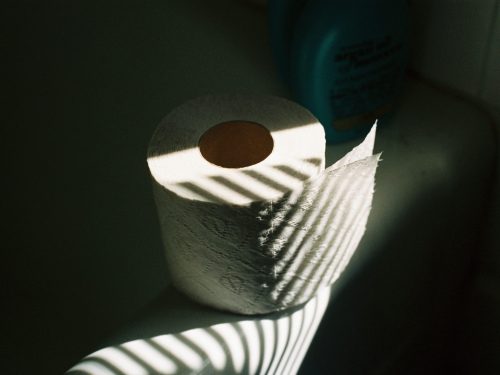 The Natural Resources Defense Council’s campaign against destruction of Canada’s boreal forest got a big boost last week with a syndicated TV spot on CBS This Morning.

“Each year, the logging industry in Canada clearcuts over a million acres of the boreal forest to create products like toilet paper, and this has been going on for decades.” NRDC Staff Attorney Jennifer Skene told CBS. “The biggest makers of tissue products in the United States are making us unwittingly complicit in fueling forest loss in Canada,” and “that’s not an acceptable outcome,” added Boreal Corporate Campaign Manager Shelley Vinyard.

The segment included camera shots from Goose Bay, Labrador, where Indigenous Leadership Initiative Director Valérie Courtois stressed the deep connection between the boreal forest, the woodland caribou, and Indigenous communities. “The boreal is first and foremost home,” she told CBS. “You have to say caribou and Innu are one, and if the caribou were to disappear, I honestly don’t know what would become of the Innu people.”

NRDC said it coined the term “greenflushing” to describe P&G’s sustainability claims for its products.

“The company continues to mislead the public in its marketing and commitments, hiding the fact that its tissue product sourcing, including for Charmin toilet paper, falls far short of what’s necessary to protect critical forests like Canada’s boreal,” Vinyard wrote in a blog post late last year. “By continuing to manufacture tissue products that rely entirely on 100% virgin forest fibre, including a major portion from the climate-critical Canadian boreal which also provides critical habitat for the threatened boreal caribou, P&G is fueling a tree-to-toilet pipeline that exacerbates the climate crisis and furthers massive biodiversity loss.”

While the company says it regrows at least one tree for each one it uses, “there are vast differences between areas that have been replanted after clearcutting and intact, old-growth forests,” Vinyard said. “In fact, studies show that threatened boreal caribou populations have not returned to forest areas that have been clearcut, even decades later.”

In the Canadian forest, as well, “the difference between intact forests and replanted ones is particularly stark because the boreal regrows very slowly, taking decades or centuries to reach the same biodiversity and structural diversity of intact old-growth boreal. Moreover, replanting efforts often replace biodiverse old-growth boreal forests with monocultures that bear more resemblance to tree farms than natural forests.”

In response to P&G’s position that its products don’t contribute to deforestation, NRDC cited research last year by the Wildlands League that showed deforestation rates in Ontario that are 50 times higher than provincial figures.

In June, Skene noted that Canada ranked third in its rate of intact forest loss, behind only Russia and Brazil.

“Because of the boreal forest’s carbon wealth, clearcutting for toilet paper and other products creates a devastating impact on the climate. Each year, even according to conservative estimates, logging in the boreal releases 26 million tonnes of carbon through driving emissions from the forest’s carbon-rich soils and eroding the forest’s ability to absorb carbon. Toilet paper’s impact is even more severe because, since it is so short-lived, it quickly releases its remaining carbon into the atmosphere. That is why, according to the Environmental Paper Network, toilet paper made from trees has three times the climate impact as toilet paper created using recycled materials.”