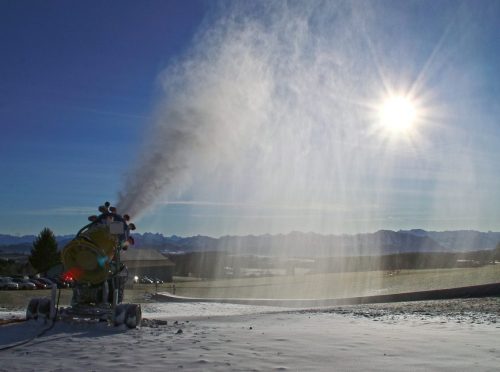 The sports sector is playing against the clock when it comes to its greenhouse gas emissions impact and vulnerability to the climate crisis, according to a new report from the Rapid Transition Alliance.

The conclusions give the industry much to think about as it scrambles to restart competition following the global pandemic.

Although competitive sports are all about keeping score, little has been done to tally the greenhouse gas emissions generated across the global sports sector. Attempting to estimate the climate impact of the Olympic Games, World Cup, global sporting circuit, and professional sports leagues, the report states: “Depending on the assumptions made, the emissions from global sport fuelling the climate emergency could, at the low end of estimates, still be equivalent to a nation like Bolivia, but could reasonably also equal the emissions of nations like Spain or Poland.”

• Increased frequency and severity of heat waves will affect athlete health and performance. Of the 68 women who started the women’s marathon at the Doha World Championships in September 2019, 28 failed to finish the race due to sweltering conditions—even after the event was scheduled at midnight.

• Fires and air pollution make it harder for athletes to breathe. In early 2020, bushfires forced match delays and cancellations and prompted some athletes to withdraw from the Australian Open because of poor conditions.

• Extreme drought and flooding shift conditions at stadiums and playing fields for the worst. The report estimates that one-quarter of English league football grounds will be at risk from flooding every season.

• Extreme weather increases risks and causes delays and cancellations. Typhoon Hagibis forced the cancellation of World Cup of Rugby matches when it made landfall in Japan in October 2019.

• Sea level rise and erosion damage beaches and coastal links. The Alliance projects that one in three British Open golf courses will be damaged by rising sea levels.

The report also identifies leverage points for the global sport sector to reduce emissions and its vulnerability to climate impacts, beginning with stronger environmental governance.

Although some sports associations have adopted sustainability policies and commitments, the Alliance says few have set aggressive carbon reduction targets based on complete metrics. The report authors identify the UN Sport for Climate Action Framework as a possible pathway for sports organizations to take more effective, coordinated action.

Elite and everyday athletes also have an important role to play, applying pressure by speaking out on the impact of climate change and the responsibility of sports federations and teams to act.  In 2019, the International Ski Federation (FIS) signed the UN Framework as a result of pressure from climate campaigners at Protect Our Winters. The Boulder-based non-profit lobbied the FIS to act after President Gian Franco Kasper spoke of “so-called climate change” and his preference to deal with dictators more than environmentalists.

The report also calls for athletes and sporting events that  have come to rely on fossil fuel sponsorship to sever ties with the oil and gas industry, as a critical first step to cleaning up the sector’s image. Earlier this year, #FridaysForFuture founder Greta Thunberg and other campaigners called out tennis pro Roger Federer for his relationship with Credit Suisse, a financial institution with close ties to the fossil industry. Oil Change International also highlights the long-term sponsorship of the Olympics by fossil giants like BP.

The Rapid Transition Alliance and Protect Our Winters are not the only organizations calling for climate action by the sports sector.  The Green Sports Alliance promotes the critical role professional sports teams and facilities can play in driving clean, net-zero infrastructure, and in nurturing fans toward greener lifestyle choices through special events and role-modelling. The organization recently reported how Seattle’s newly-named Climate Pledge Arena highlights the opportunity for the NHL (and naming sponsor Amazon) to visibly and practically commit to practices that protect winter sports like hockey. The venue aims to become the first net-zero professional sports arena in the world.